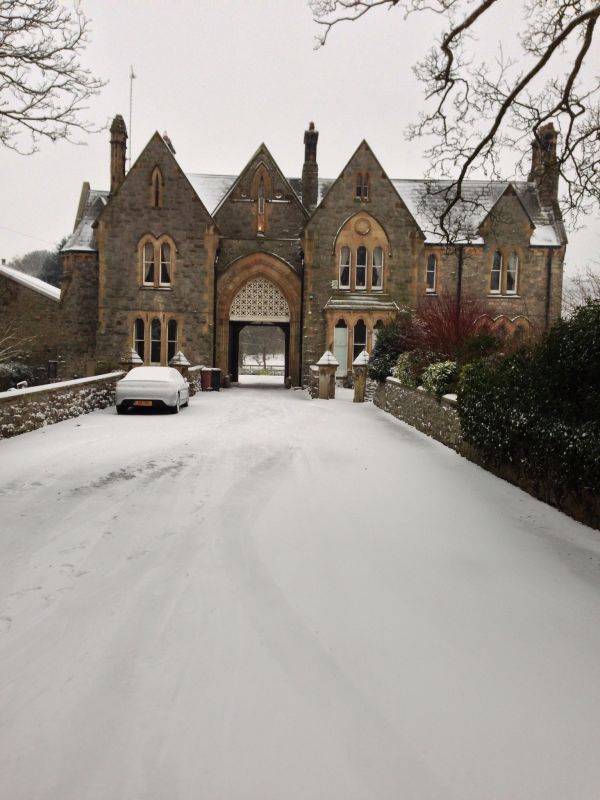 Location: Set back from the lane at the end of a short broad drive, 350m from the junction with the A494.

1870 by Martin and Chamberlain of Birmingham. Built to replace Flint Gaol, the Mold Prison became redundant under prison act of 1877. In 1881 it became St David's French Jesuit Seminary. Utilized as detention barracks during the Great War it later became a convent school. In 1924 it was sold by the Spanish ecclesiastical authorities and the cell blocks demolished in the late 30's.
Currently sub- divided into two dwellings.