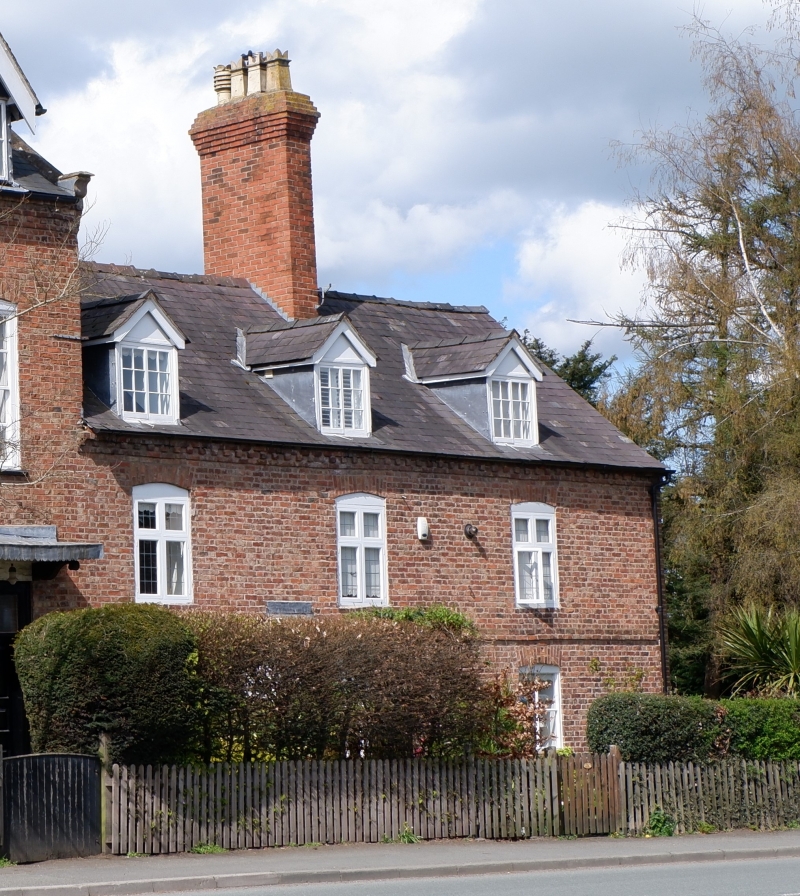 Location: At the southern end of High Street, at the corner with Pen-y-llan Street.

Estate office of Bryn-y-Pys and former rectory appear to have been built as a single development in the early C18, although it is probable that the estate office (originally used as a dwelling) includes an earlier core. The 2 buildings were in separate occupation (both as dwellings) at the time of the Tithe survey in 1838. The rectory was originally a private house, and was acquired by the church in 1867, when Overton received parochial status. At this time, W M Teulon was engaged to extend the house, and the rear wing and outbuildings are his work.

Exterior: Saint Mary’s House is 2 storeyed with attic lit by dormers in the roof; 3 window range with doorway to the right. Left hand gable return forms a canted full-height bay incorporating a chimney, and a 2-window range wing beyond is part of the original building. This was extended in 1868 by Teulon, who added a 2-storeyed, 2-window range wing beyond, together with stable block to rear. Front elevation has
6-panelled door with overlight beneath canopy carried on brackets to left, and 12-pane sash windows with flat-arched brick heads to each floor. Similar 12-pane sash windows in canted gabled return. Deep dentilled eaves band is echoed in the ornamental caps of the original axial chimneys, and is a detail picked up in the later work by Teulon, who added a corbelled chimney to the side of the canted return. His rear wing has wide gable to right, with 3-light wood mullioned and transomed windows on each floor, and door in lean-to porch in its angle to the left. Similar windows on each floor to left of doorway, with tile-hung dormer gable above. This wing is linked by a short length of wall to the stable block, which is square in plan with hipped roof, with doors either side of central window, and gabled dormer to loft.

Estate Office: Estate office building forms a single build with Saint Mary’s House, but is of lower height. Also brick with slate roofs, 2 storeyed with gabled dormers to attic, and 3-window range. Left-hand lower window is arched with y-tracery (and lights a room at present accessed from Saint Mary’s House). Square bay window also towards left, and casement windows (largely obscured by ivy at time of inspection, September 1993). Entrance in angle of rear wing, which has 3-light casement window with transoms on each floor (the 2-light casement window over the door probably inserted). Axial stack on front range, and gabled end stack to rear wing.