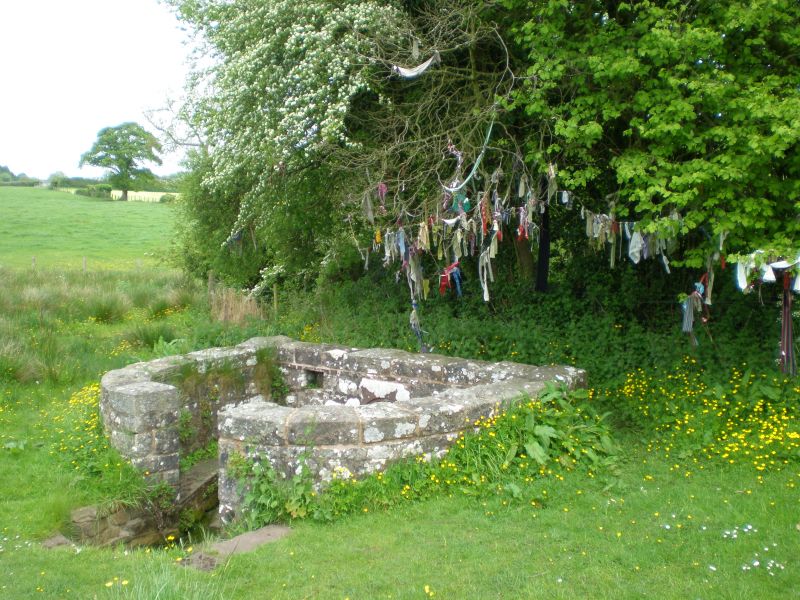 Location: To the south east of Trellech village, approached off the north side of Llandogo Road about 270m south east of the junction with Church Street.

A medieval well basin in a probably C18 stone surround. The name 'Virtuous Well' refers to the medicinal properties of the iron rich waters. It had a high reputation as a healing well in the C18 and C19, being particularly beneficial for eye and women's conditions. It has also sometimes been known as St Anne's Well. When Bradney visited in 1913 it was in 'a bad state of repair and totally neglected', so it has been repaired since then, and possibly again in 1977 when the gate was put up to commemmorate the Silver Jubilee of Queen Elizabeth II.

A probably medieval stone basin set in an arched recess surrounded by a horse-shoe shaped wall. There are steps leading down to it and there are niches for drinking vessels. The wall with the well or spring is set into the bank with an arched entrance in the centre and the niches on either side. Small courtyard in front with flanking benches along the curved walls. The steps are outside the entrance to the court.

A small stone basin is set into an apsed niche.

Included as an interesting healing well of medieval origin which was much frequented for its medicinal properties in the C17 and C18.
Scheduled Ancient Monument MM171(MON).