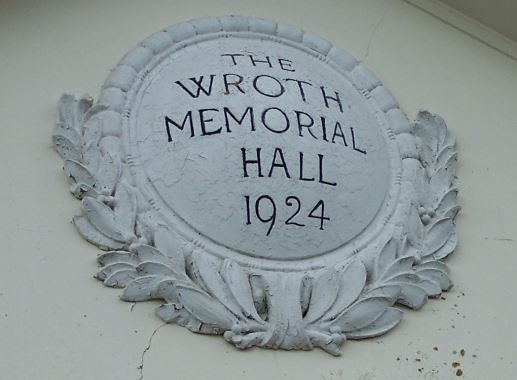 Location: Located on the N side of the A48, approximately 1km E of The Rock and Fountain Inn. Set back from the road with the Memorial Hall incorporated at the W end.

Non-conformist chapel, built in 1803 on the site of the earlier chapel. The first Independent Church in Wales was founded in 1638 by William Wroth, Rector of Llanvaches (1611 to 1638) following his expulsion from the parish church. The Chapel building was erected some time after. The chapel was remodelled in 1924 when a contiguous Memorial Hall was added to the W end. Alleged to incorporate fragments of the original C17 chapel.

Single storey, rendered elevations, gabled, slated roof. Central timber doorway on S elevation leading to chapel at E end. The chapel is lit on the S side by three large, steel-framed, small paned windows, unlit on the N side. Second entrance on E gable end, modern door. To the W end is the "Wroth Memorial Hall" with date of 1924 on circular cartouche set within pediment; the hall has similar glazing.

Listed grade II, despite modernisation, for the special historic interest of its associations with William Wroth and early Non-Conformism in Wales.