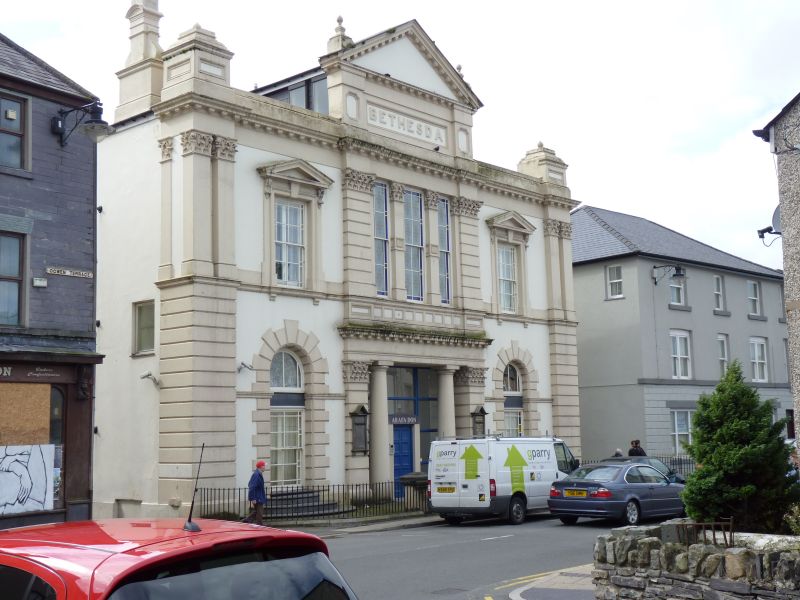 Location: Situated in centre of Bethesda, to W of Ogwen Terrace.

Independent Chapel first built c1820-3, rebuilt 1840 and remodelled 1872-5. This is the chapel from which the town took its name, having previously been known as Glanogwen. Since listing in 1988 the chapel has fallen derelict and the fine interior of l872-5 has gone. Condition in 1996 very poor.

Fine classical interior described in 1988 listing has been destroyed apart from some panels to the ceiling.

Key feature in the townscape of the centre of Bethesda.