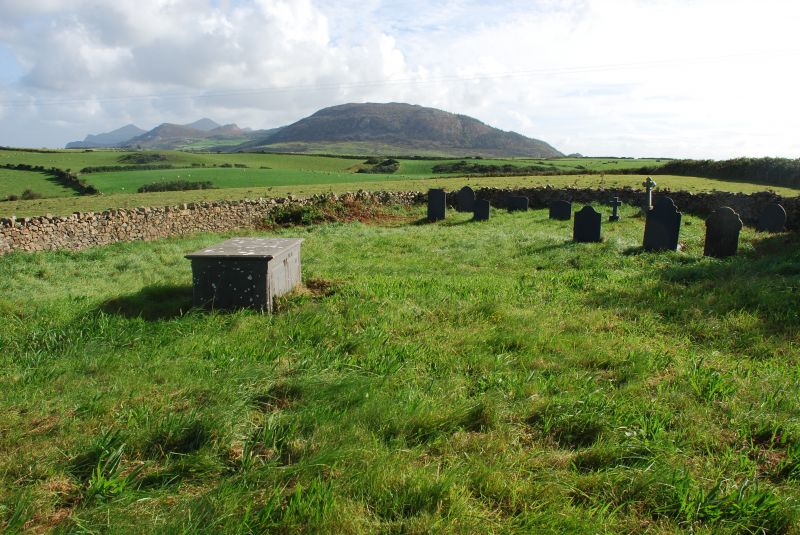 Location: Situated in a circular raised churchyard, on a hillock by minor lane running SSE from Edern, some 1.9 km from Edern village.

Listed as a small rural church retaining some late medieval character including the surviving roof-trusses.