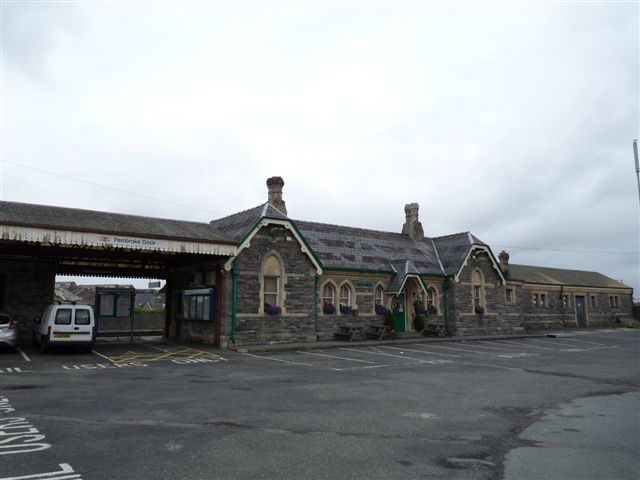 Location: Set back from N side of street, which is the eastern continuation of Dimond Street.

Pembroke and Tenby Railway built 1863-4 to Pembroke Dock, extended later to Dockyard and new pier to W of Hobbs Point (1871-2). Taken over by G W R 1896. Station platform covered and extended 1903. A further canopied building existed on N side of tracks but has been demolished.