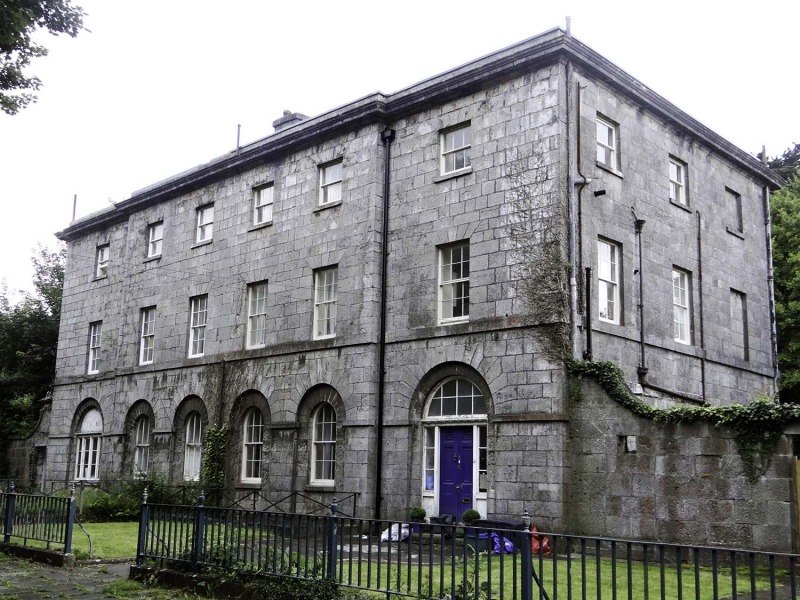 Location: Situated to E of dockyard entry, E of No 1 to which it is linked by garden wall.

1817-18 pair of houses designed by Edward Holl, built for Master Shipwright and Clerk of the Cheque of Royal Dockyard. Intended as the first of three pairs, but second not built until 1877 and the third not built.

No 3 has been converted to flats and interior not inspected. No 2 is to original plan except for repairs after war damage to windows, shutters and one ceiling on S side. Half-glazed inner hall door, simple plaster cornices based on Greek mutule, staircase set to W side. The outstanding interest of the interior is the extensive use of iron in the construction, including floor beams and trimmers each floor (sand plugging in between iron members, possibly for fire-proofing); also the roof structure of the four small hipped roofs, which has cast-iron tie-beam trusses with cast-iron diagonal braces and wrought-iron central bolted tie. Iron vertically-set battens under timber boarding under roof cladding.

Grade II* as a building of exceptional constructional interest, possibly the first house in Wales to have such extensive use of iron. Also important as an integral part of this late Georgian formal group at the Dockyard.