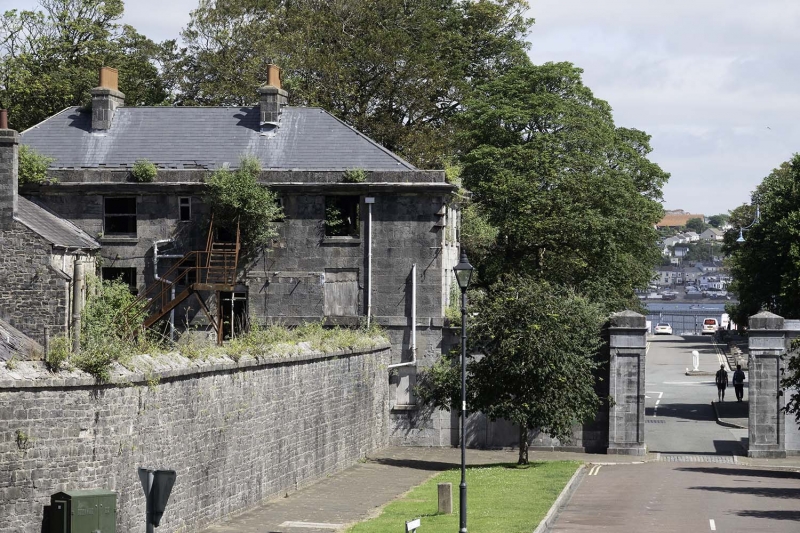 Location: Situated at N end of Melville Terrace and across the main south entry to former Royal Dockyard.

Main gateway flanked by tall grey limestone ashlar gatepiers and screen walls, with lodges to outer sides adjoining the main walls. The E Lodge is attached to No 1 The Terrace built 1818, the W lodge to the Port Hotel, which was not built until 1832-4. Both lodges were planned in 1817, but the W side may not have been built until 1832-4.

Gatepiers and Screen Walls: Monumental panelled piers with cornices and square pyramidal caps, short screen wall each side linking to corniced end walls of each lodge, which had big arched doorway, that to east now window and blocked, that to west with C20 glazing.
The gatepiers originally had anchors on top, with chain across carrying a lamp, and iron gates. Since 1981, main gates have been removed and in 1990 and 1993 the tops of both piers were knocked off. Pedestrian entry to right of east gatepier was inserted c1900, with iron gate.
Inset in roadway in front are two cannon bollards.

The gatepiers, screen walls and E lodge are in deteriorating condition.

Grade II* as part of an important late Georgian formal group at the Dockyard.