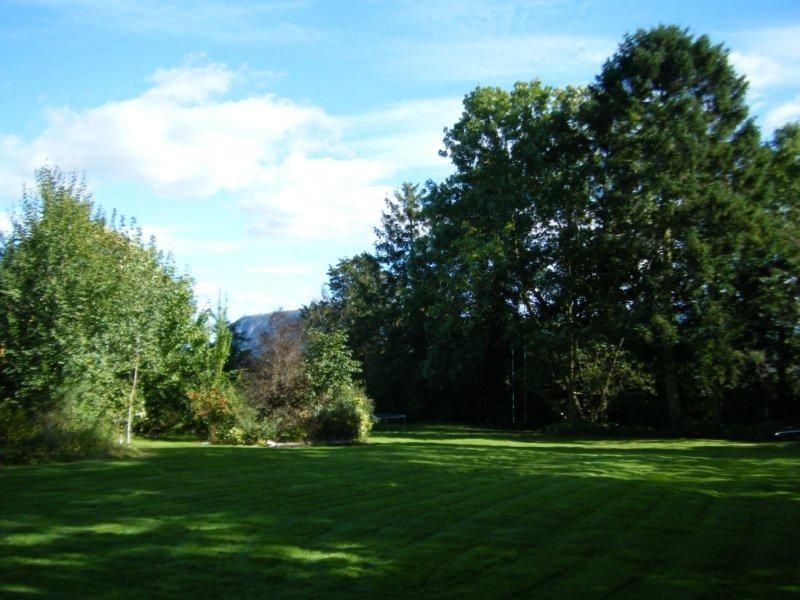 Location: Located back from the minor road from Ardd-lin to Burgedin.

The gentry house was the seat of the Griffiths family, and probably erected by John Griffiths, gentleman, appearing in the Grand Jury List for c.1616. Later occupied by the Vaughan family.

Farmhouse. 1616, altered C19. Timber framed with lath and plaster infill, partially clad in brick in C19 and painted in simulated framing. Slate roofs. Two storeys. Main C16-C17 block with 1616 cross wing at NE end, doubled in length in heavy framing to the rear. The main block is extended forward at the SW end in brick as a wing. C18-C19 extension in angle with NE wing at rear. Entrance in framed gabled 2-storey porch extended forward against the NE wing, close studded and open at front, and having lateral seats. Studded door with hollow chamfered cover beads, restored. NE wing has double jettied first floor and gable, all in small squared framing with curved braces. Jetty beams carved with simple strapwork, that to porch with date, now largely eroded. Ground floor of wing has C20 canted bay. Porch chamber has external frame on carved brackets. Perforated C19 bargeboards and finials. Side elevation of NE wing has external stack to front room, the fireplace removed internally, and a tapered carved turned baluster bracket under the eaves plate corbel.

An outstanding example of a Montgomeryshire style of timber framed house.