The Great House and attached outbuildings 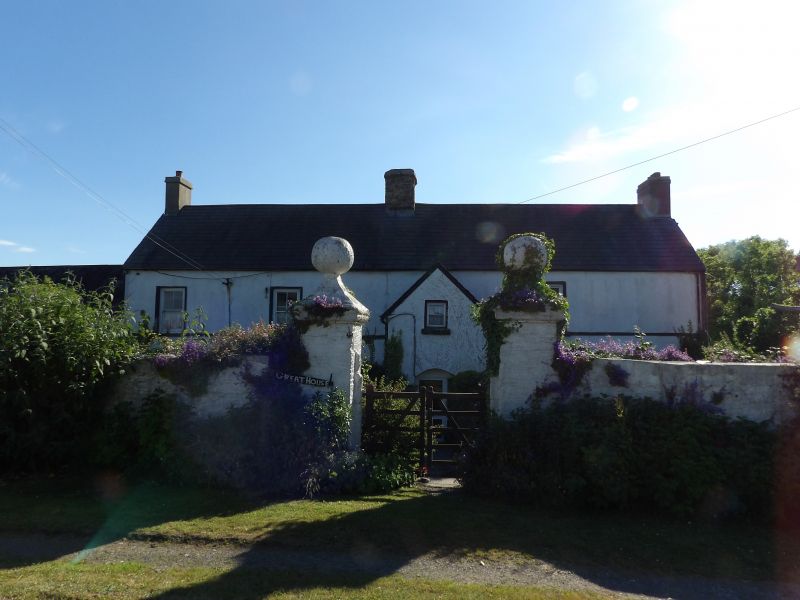 Location: Situated SE of the church at Pendine some 200m S of the junction of the B4314 and a minor road to Marros.

Farmhouse, former gentry house, C17. Owned by the Barrett family from mid C16, in 1610 named as the Greate House, when conveyed to William Barrett (d 1635). By 1670s owned by Price family, and sold by them in 1753 to the Gwynne Vaughan of Jordanston. Sold to Dr John Jones of Haverfordwest whose daughter married Thomas Lloyd of Bronwydd, Cardiganshire (d 1807). The present house looks later C17, so may have been rebuilt by the Price family.

Included as a linear farmstead range with significant C17 gentry house retaining vernacular character (notwithstanding alteration to detail). An unusually early survivor in this region.