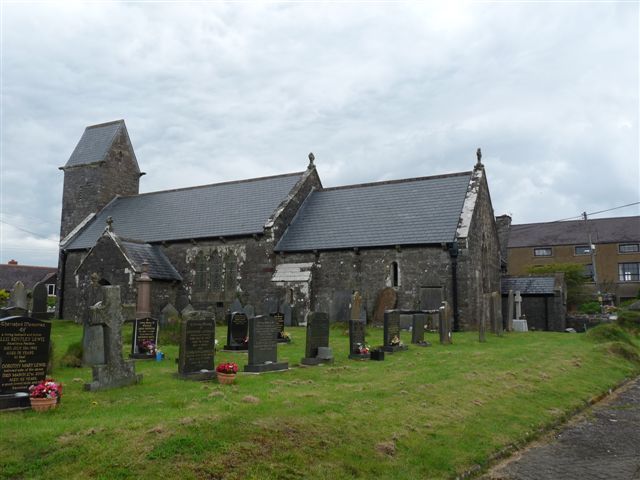 Location: About 1km above Dolwen Point, in churchyard near junction of B4314 and minor road to Marros.

Anglican parish church, medieval origins but thoroughly restored in 1869 by John Prichard of Llandaff, who rebuilt the tower top as a saddleback roof, reroofed, rewindowed and refitted the rest. He also replaced the chancel arch. Prichard in 1867 proposed a conservative restoration, but already then had reached the opinion that the tower had (uniquely in the county) had a saddleback roof. The church was reported as "out of repair" in 1672 and the tower had fallen into the church by 1710. There had been some restoration in about 1814 but was reported "somewhat dilapidated" in 1861, with a "rude and small" chancel arch.