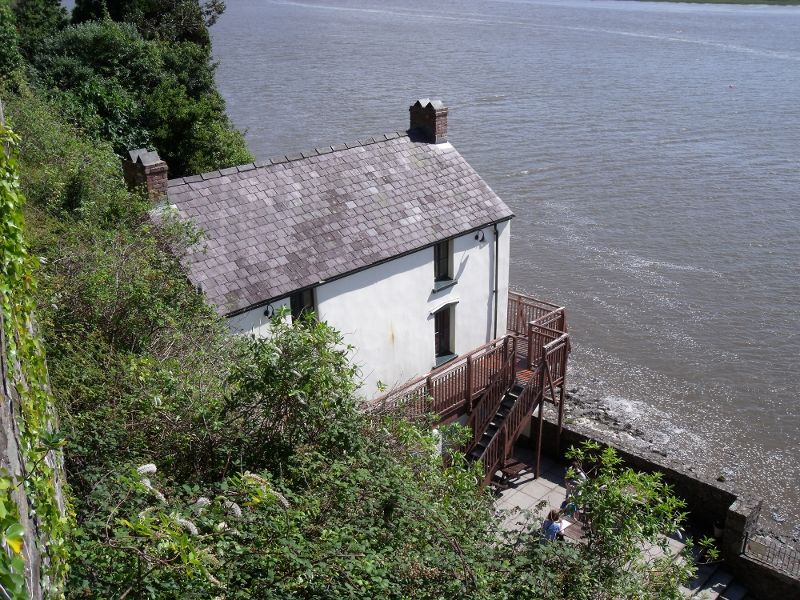 Location: The house, above and at right angles to the foreshore with revetment wall to NW end; reached by modern staircase. The tool-shed, on the cliff edge SW of the house.

Originally a boat building and repair centre from May 1949. From May 1949 until his death in 1953 it was the home of Dylan Thomas, bought for him by Margaret Taylor for £2,500; he called it his sea-shaken house on a breakneck of rocks".

Single-storey pitched roof and vertically boarded shed with casement windows and double doors to W end. Interior retained as Dylan Thomas kept it; he called it his "water and tree room on the cliff". Originally built as a garage for Laugharne - first car.