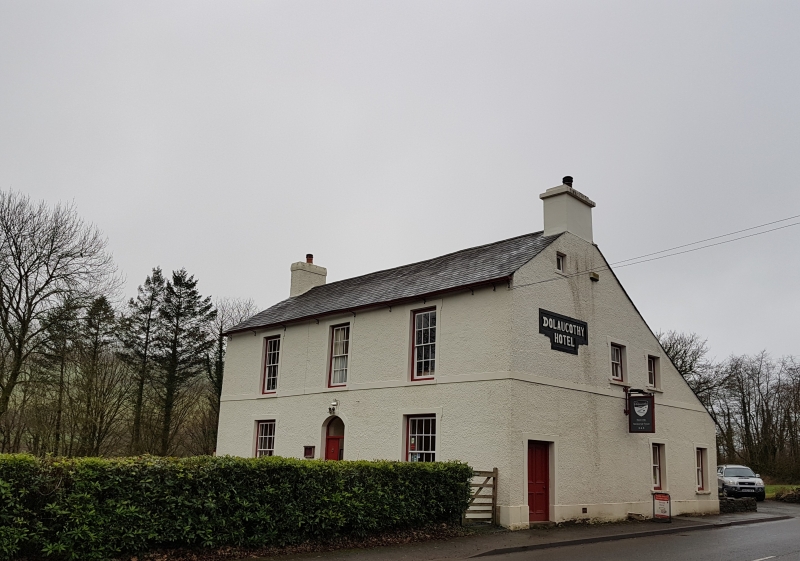 Early C19 with C18 core: the roof structure of part of the rear wing suggests that a C18 N-S building was truncated at its S end in the early C19 when the present front range was added. Later in the C19 the rear wing was extended to the N and a rear outshut added to the NE. Shown on 1841 Tithe Map: owner, John Johnes of Dolaucothi. George Borrow stayed here in 1854 finding it a "comfortable old fashioned place with a very large kitchen and a rather small parlour".