War Memorial Gates and Railings to the Village Hall 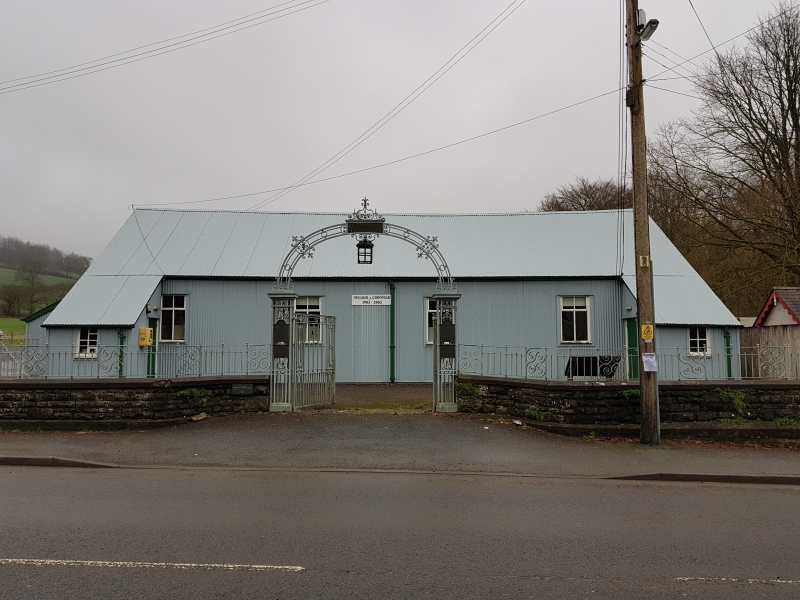 Location: Situated in village centre on E side of A482.

Opened 1903, commemorating the coronation of Edward VII. Built at the expense of Lady Hills-Johnes of Dolaucothi. Front railings and archway erected 1925 as a War Memorial.

Listed as an unusually good example of an iron village hall built to commemorate the coronation of Edward VII with front archway erected as a First World War memorial. Fine character to interior and an attractive setting in listed group of former estate buildings.