A Grade I Listed Building in Mumbles (Y Mwmbwls), Swansea 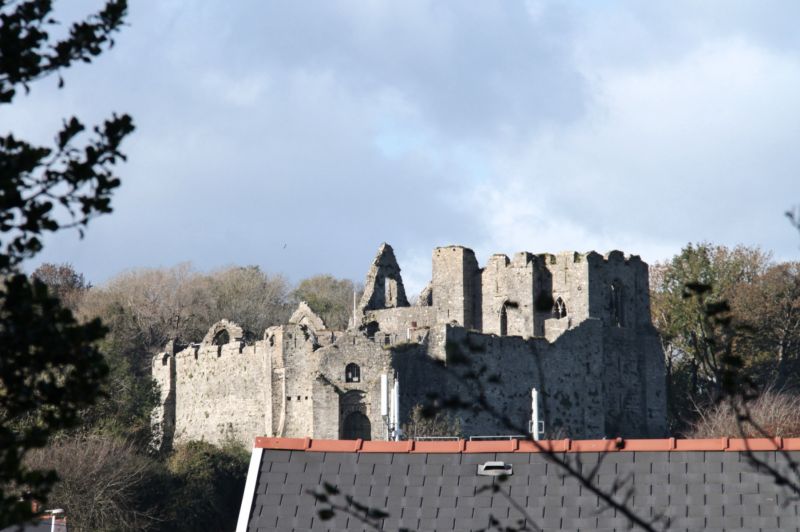 Find accommodation in
The Mumbles

Oystermouth Castle was established c1107 by William de Londres. The first castle, probably of timber, is said to have been destroyed during the Welsh uprising of 1136, and was subsequently rebuilt by Maurice de Londres. The present keep is a partial survival of this second phase. The castle was again destroyed when it was captured by the Welsh in 1215 and held until 1220. Its re-acquisition by John de Braose, lord of Gower, probably saw rebuilding soon after, including the enlargement of the original keep into a more ambitious hall block. The NW and W blocks were added soon after and the castle was further strengthened by William de Braose, probably in the period 1256-66 when the present gatehouse and curtain walls were built following another assault. William clearly regarded it as his most impressive residence as in 1284 Edward I stayed there for 2 nights. The castle was attacked again during the rebellion of Rhys ap Meredudd in 1287. The addition of a chapel block is credited to the last of the de Braose family, Alina, who was resident 1327-31, but it may alternatively have been built by her son John, Lord Mowbray. Although Lord Mowbray was not permanently resident he was ordered to strengthen the defences in 1335.
According to John Leland, by the 1530s the castle was ruinous. In the post-medieval period the late medieval service buildings were adapted as cottages, while the gatehouse was inhabited in the C18 and C19. The antiquary George Grant Francis undertook some restoration to the chapel block in the 1840s and other subsequent minor repairs. In 1927 the castle was sold by the Duke of Beaufort to the borough council of Swansea.