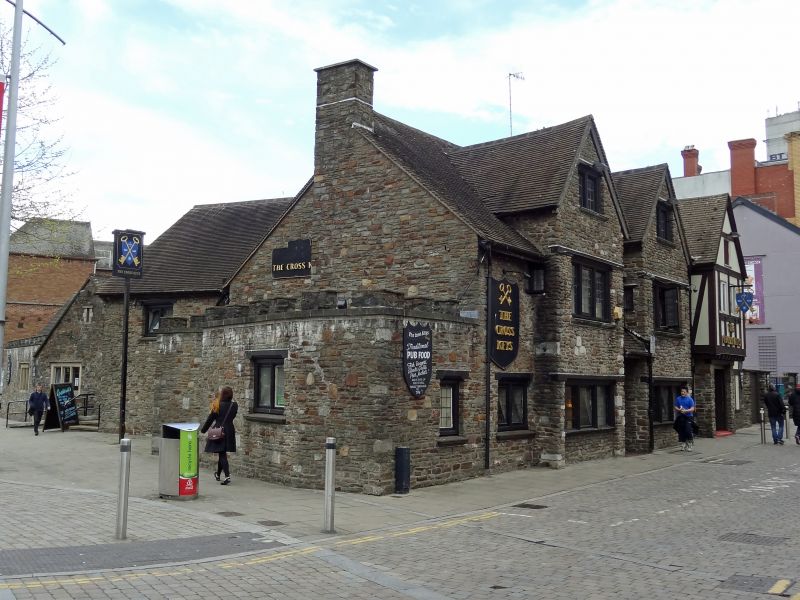 Location: Formerly in the middle of a long street, now an isolated building in open ground opposite St Mary’s Church.

Originally a first floor hall-house of L-shaped plan dating from C14, largely altered in C17. Heavily restored in 1950 and 1959. Possibly formed part of the Hospital of the Blessed St David built by Henry Gower, Bishop of St Davids (foundation deed 1332). Later in the possession of the Herbert family.

Built with main block aligned parallel to St Mary’s Street and with a rear wing to N; the W end of the main block has been curtailed.