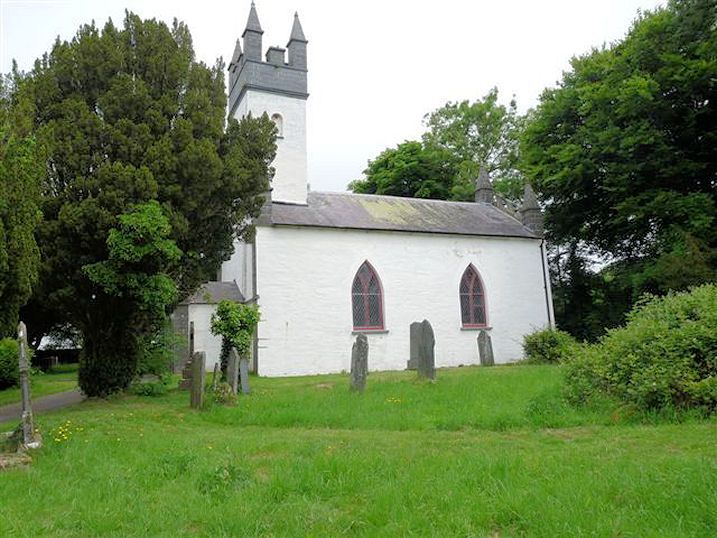 Location: Situated some 600m down lane running S off B 4332, just W of Cilwendeg main entrance.

Medieval site recorded as abandoned c1720, rebuilt in 1764, restored 1810 but rebuilt again in 1835-7 to designs by Daniel Davies of Blaenpwlldu, Capel Colman (the adjacent farm) for Morgan Jones 2 of Cilwendeg. The interior was refitted and windows altered 1895 by Richard Thomas of Cardigan. Further work is recorded in 1909, when organ was added.

Monuments: N side: Mary Jones d1823 marble with crude palm tree, by Mainwaring of Carmarthen, and M.A.Saurin d1885. E wall: Jacob Jones and family, circa 1833 oval plaque with urn, by Mainwaring, and Rev John Jones of Penylan, Llandygwydd d1844, by Lewis of Cheltenham.