Nos 6 and 6a Goat Street 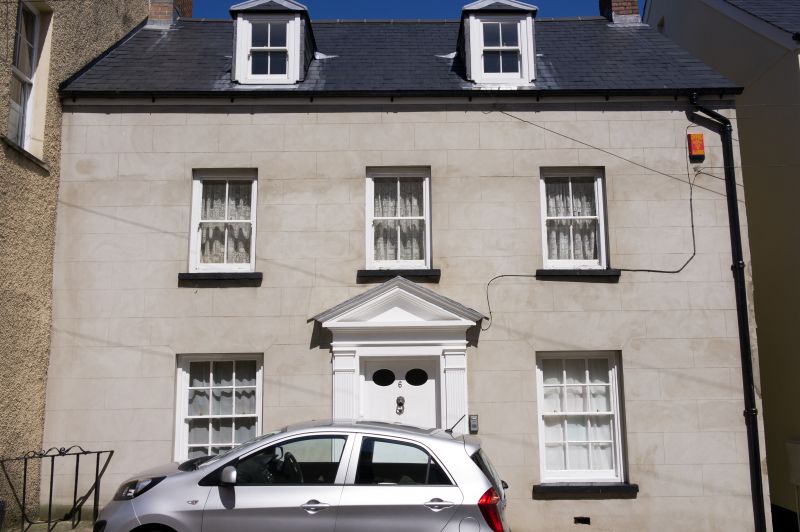 Location: Situated towards W end of the street, attached but set back from No 4.

House earlier to mid C18, altered in late C18 to early C19. The front range to a much lower scale than No 4 adjoining is earlier C18, but the pedimented doorcase is probably early C19, the date probably of the addition of the three storey rear range. The deeds go back to 1732 and there is a scratched date of 1807 on a rear window pane.