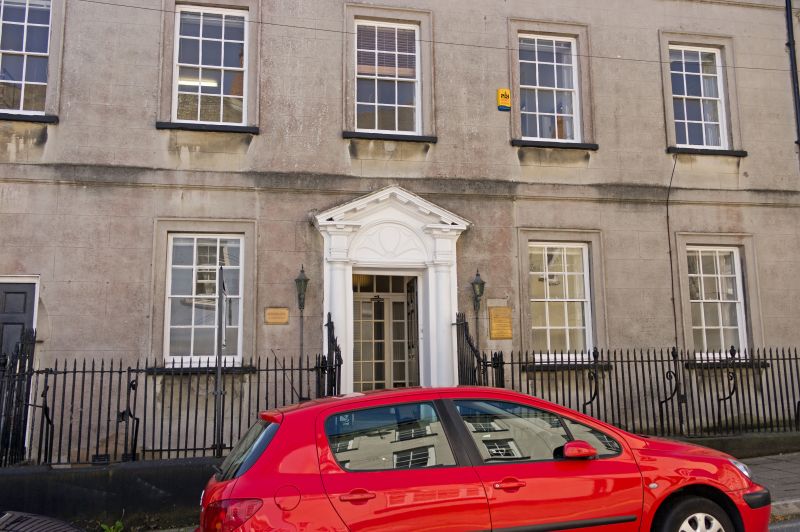 Location: On the S side of Goat Street some 45m E of its junction with Market Street.

Late C18 substantial town house, associated with Williamston, near Burton at least since the later C19 when owned by Sir Owen Scourfield of Williamston. Occupied by the Misses Bennett in 1901, and by the Customs & Excise Office in 1926. The railings once included a wrought iron overthrow with lamp bracket. The doorcase is similar to that on No 8.

Entrance hall has moulded egg-and-dart cornice with scroll frieze, and hall arch with panelled soffit, undercut leaf moulding, on broad piers. Six-panel door each side of hall. Similar cornice to stair hall, also with six-panel door each side. Staircase in four flights with continuous rambed thin handrail, square balusters and scrolled tread ends. Handrail is scrolled at foot. Moulded cornice to top of stair. First floor has similar doors, front room has moulded cornice with oval motifs in piers. Doors and shutters have bordered sunk panels as at Foley House, except on top floor where doors are panelled but without the border strips in the panels. Ground floor front rooms not inspected, nor first floor W room.