Chapel of our Lady & St Non 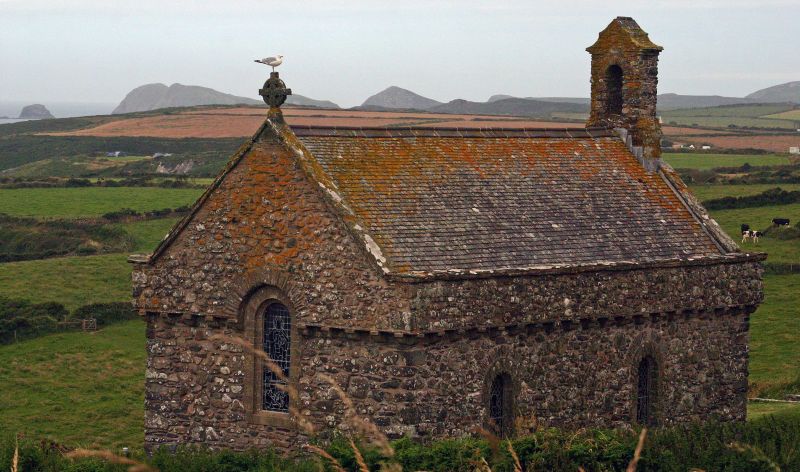 Divided by rubble wall with round arch to chancel. Collar truss roof with king-posts. Stained glass in all windows, four single figures of saints to side windows and E end figure to St Non, window signed 'William Morris, Westminster'. Various medieval fragments re-used: carved fragments in altar said to come from former Priory of Whitwell on SW edge of St David's; battered piscina from an outbuilding at Caerforiog Farm, near Solva; small font from site of chapel at Gwrhyd, NE of St David's; and one stone in altar from ruins of St Patrick's Chapel, Whitesand Bay. Large white marble statue of Virgin and Child, copy of C19 original in Notre Dame de Victoire, Paris, by Boulton of Cheltenham.