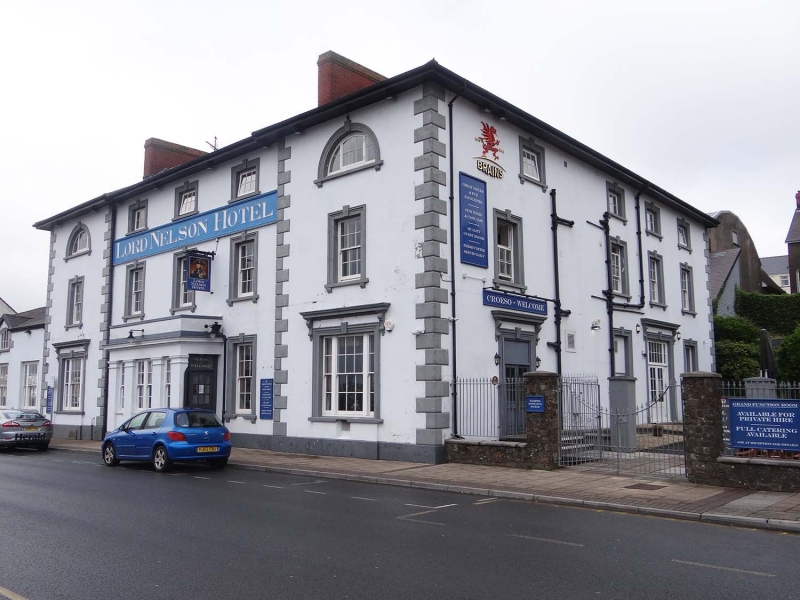 l795-l800 hotel, built for Charles Greville as part of the first phase of the new town. Possibly designed by W Jernegan of Swansea, whom Greville consulted over general plans in l793. Called the New Inn until Lord Nelson's visit in August l802.

Only the staircase is substantially as in original plan, though bottom newels are late Cl9. Stick balusters, plain column newels. The big dining room where the Lord Nelson banquet was held and numerous other civic functions was in the E wing and some original detail is said to survive under the modern low ceiling and wall cladding.