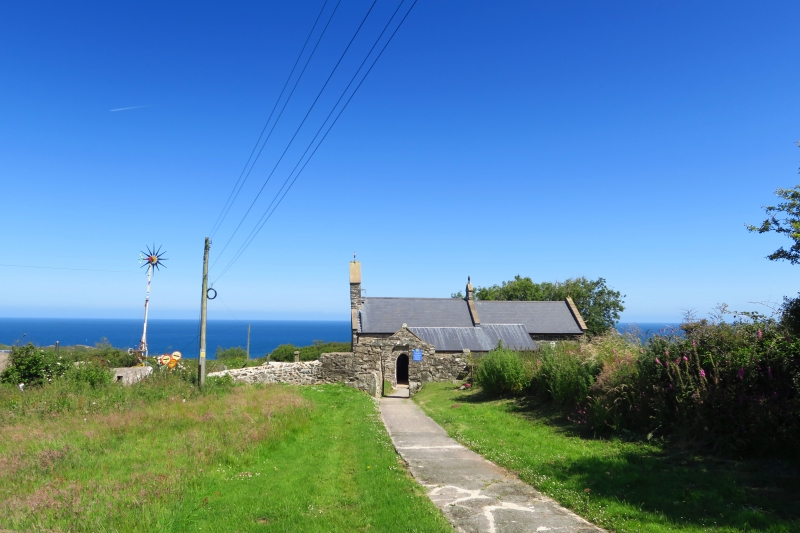 Location: Situated in walled churchyard in centre of Llanwnda.

Plastered stone vaulted roof, stone seats and small squint window into S aisle within. To right, 2-window aisle overlaps chancel; two 2-light windows and E end single light, all of 1880-2. Early Christian carved stone with human figure under aisle E window. Chancel stonework beyond appears all of 1882, but single light each side incorporates fragment of original, and incised cross stone is reset in wall each side. E end has 1882 Bath stone 3-light window. N lean-to aisle with one medieval single light and one 1880-2 2-light. Late C18 plaque on E wall. Nave has one 1880-2 2-light.