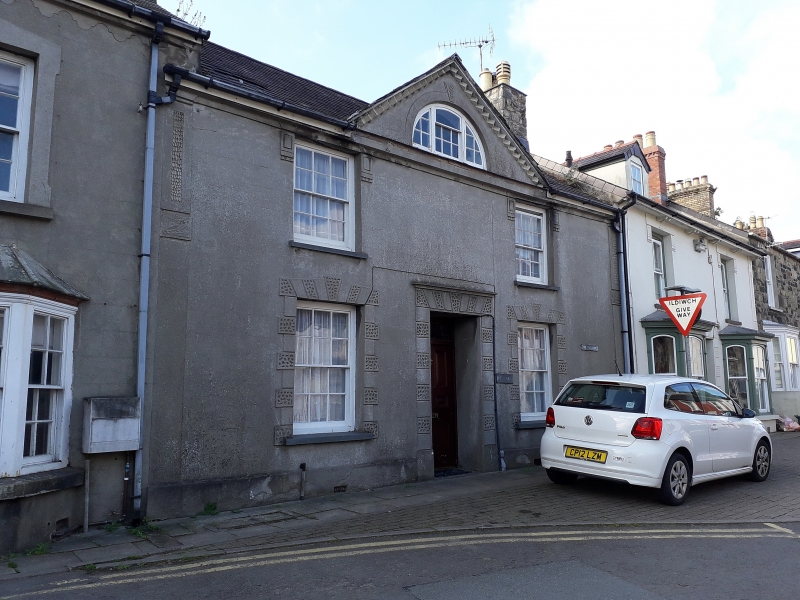 Pediment with lunette appears on several late C18 to early C19 buildings in the Cardigan-Fishguard region, possibly associated with a single builder. In Newport, Cromlech House and former Rectory have similar features.