Ruins of Abbey of St Mary

A Grade I Listed Building in St Dogmaels, Pembrokeshire 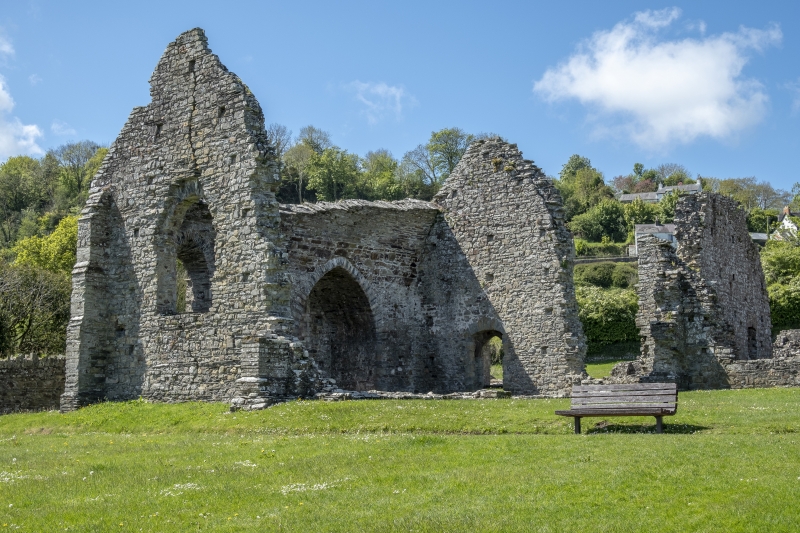 Founded 1115 by the FitzMartin family, Lords of Cemais. Ruins of medieval abbey of the Order of Tiron. Originally built in the earlier C12 as aisled church with apsidal E end and transept chapels, uncompleted; remodelled in C13, aisleless with rebuilt transepts, lengthened E end over a small crypt. Further altered in early C14, when W end was built and NW door added, and in the early C16 when the N transept was given fan vaulting. Extensive monastic buildings were to the S of the Abbey, and a detached building of the late C13, possibly an infirmary chapel or infirmary to the SE.

The abbey walls survive to substantial height on the W end, N wall and N transept, and the E end crypt walls survive. Elsewhere low walls or foundations, except for the infirmary which has three walls intact, and part of the rough stone vault. Collected carved stonework in the infirmary, and several of the incised stones formerly in the parish church are collected against the S wall.