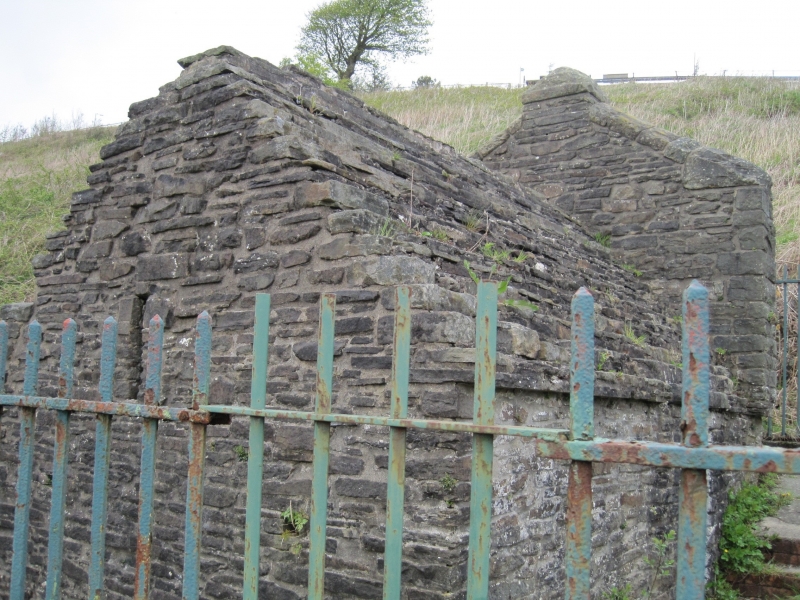 Location: High on the E slope of the Rhondda valley above Llwynypia and just SW of Penrhys modern estate.

Penrhys is the hilltop site of a medieval Cistercian monastic settlement, a manor or grange belonging to the Abbey of Llantarnam including a statue and shrine to the Virgin Mary: a small part of the late medieval chapel survives adjacent to a large white statue of the Virgin. Set into the hillside a little to SW is a probably medieval wellhouse over the spring which is also dedicated to St Mary; restored early 1920s. Both spring and statue were reputed to have miraculous healing powers, were celebrated in late medieval verse and were the focus of pilgrimages suppressed at the Reformation; these have been revived in C20. The spring is marked as sulphurous on OS maps and its water was also reputedly used for baptisms at the parish church

Small single cell rectangular gabled building of stone rubble with stepped stone roof. W wall has a single lancet and a small culvert where spring overflows through wall into a square basin with cross depression at its base; S wall has a square headed doorway with painted inscription over 'Little Church'; E wall has a high raised gable with rough saddle back coping and apex stone surmounted by a concrete cross. The building stands within an enclosure of iron railings now partly broken and on a stone terrace.

Listed as a surviving small medieval building and for its historical importance as the focus of medieval pilgrimages in South Wales and for its literary interest.