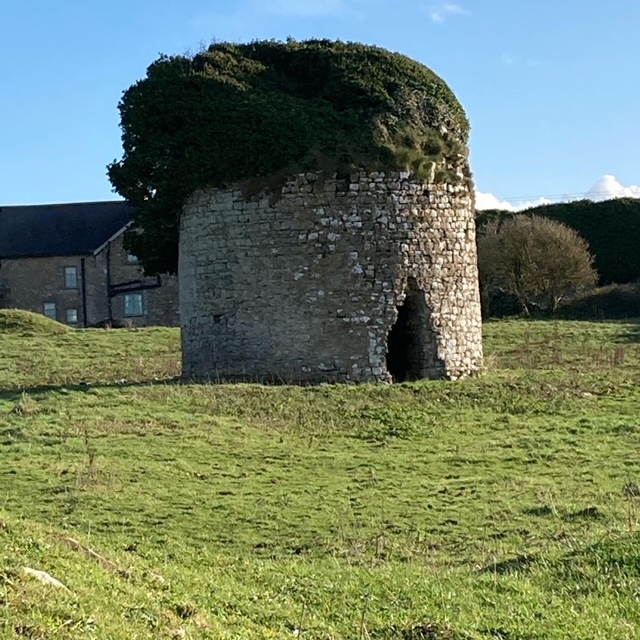 Location: In the field behind the remains of the Tithe Barn.

The remains of the probably C13 agricultural buildings at Monknash comprise part of a grange of the Cistercian Abbey of Neath, founded in 1129-30 by Richard de Granville, who endowed the Abbey with his fee at Monknash at the same time. The dovecote could be later than this, possibly C14.

Built of squared and coursed local limestone rubble. The dovecote is a cylindrical stone structure, the external walls partly obscured by ivy. There is a doorway in the northern part of wall. The structure is about 5m high and is roofless.

Not inspected at resurvey, but known to retain some nesting boxes.

Included for its special interest as a surviving medieval dovecote.
The dovecote comprises part of Scheduled Ancient Monument Glamorgan No. 143.