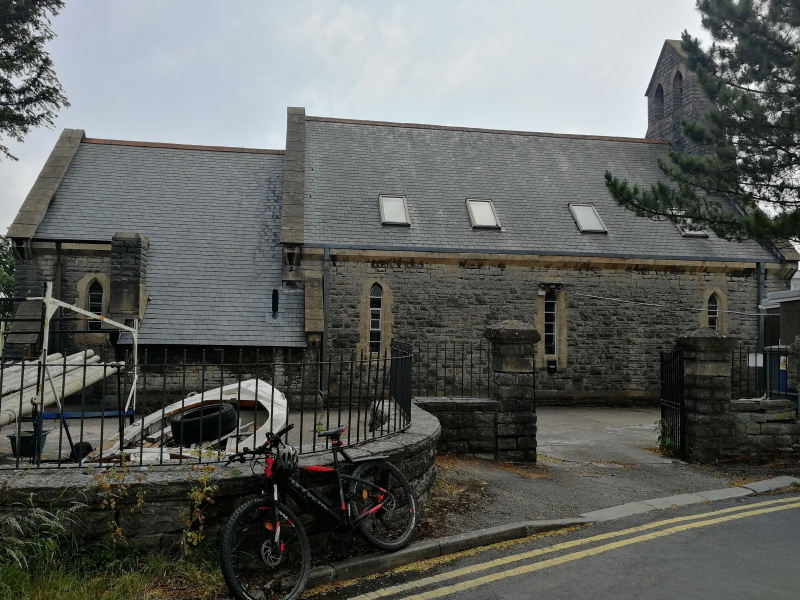 Location: Near junction with Park Avenue, in churchyard with C18 and early C19 monuments.

1874-76 on site of medieval church of Barry village; architect John Romilly Allen, who claimed to have followed general outline of old church. Became redundant in early C20 after building of nearby All Saints' Church 1908; now used as scouting centre.

Finely dressed limestone, painted over. Converted to 2-storeys for use as Scouting centre.