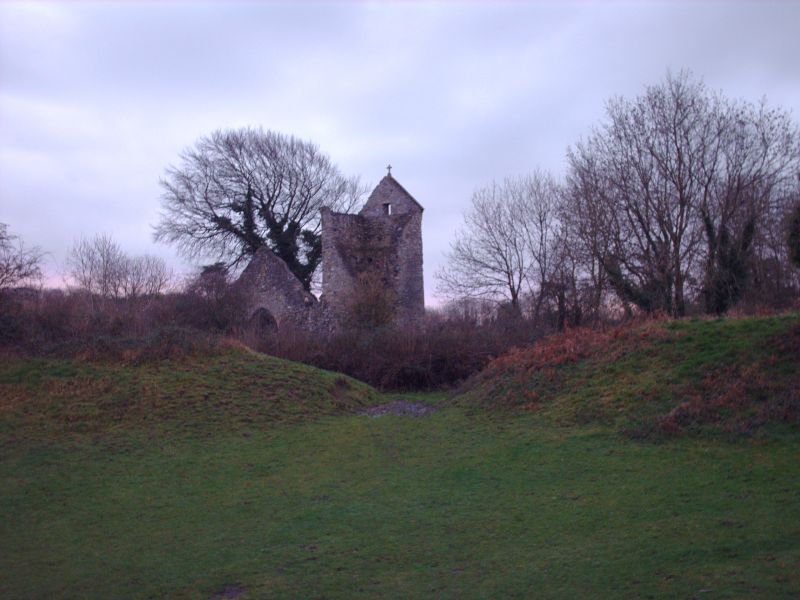 Location: A small church set in the north-east corner of Caerau Camp Hill Fort on the south-east side of the Community.

Present structure said to date from C13. Restored c1885 by John Prichard, Llandaff diocesan architect, who rebuilt the chancel. The vestry was added in c1920. The church is now wholly ruined and fragmentary. Formerly with oval churchyard.

The church was not accesssible at resurvey; it is fenced off with access forbidden for safety reasons. It is thus not possible to check the survival of the features described at the time of listing (August 1980). Superficially the church appears to be in a far more damaged and fragmentary state than when it was listed and when it was described by John Newman in c1995.

Not available for inspection at resurvey. The church is unroofed and the interior gone.

This building is now very ruinous, but remains an important medieval site within the ringwork of Caerau Camp.