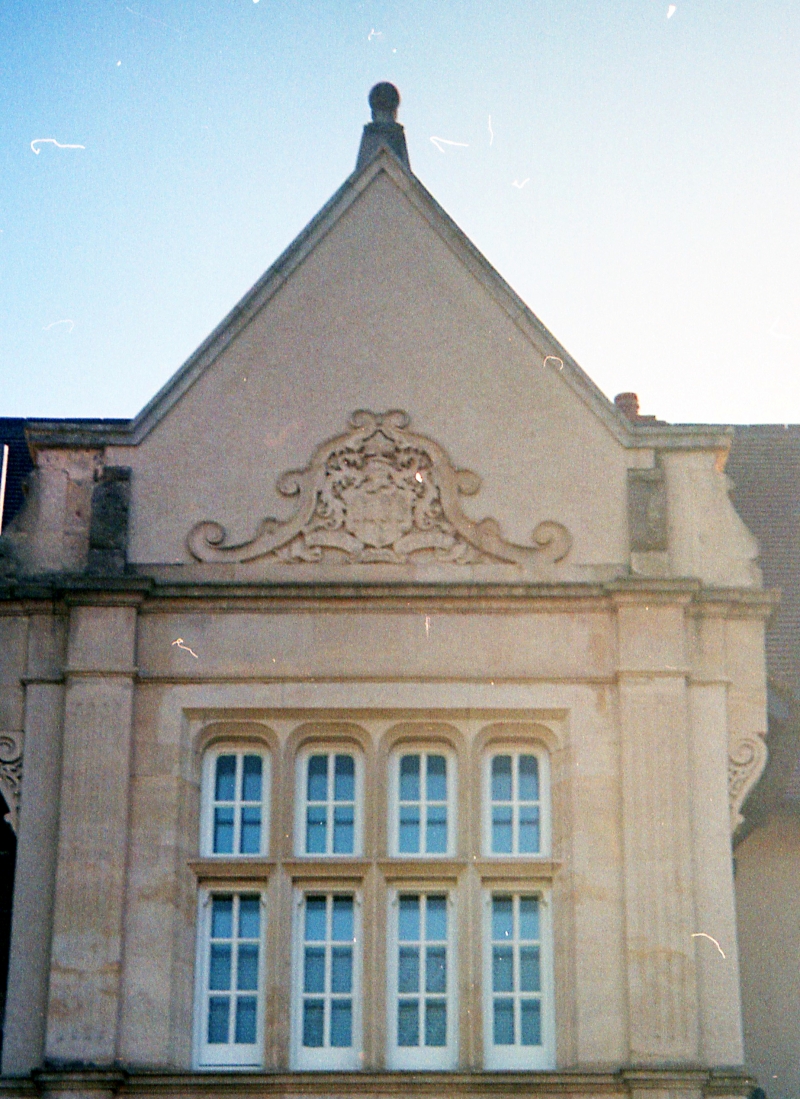 Location: Small country house now surrounded by the housing estate of Cwrt-y-cadno about 1000m south from the Church of St Mary the Blessed Virgin.

Dated 1907; architect not known. Formerly the home of the Llewellyn family. Converted in 1956 into a Glamorgan County Hostel; some alterations. Now a Nursing Home with a considerable new wing added on the west.

Pebbledash render with freestone facing to the porch; tiled roof, hipped to left end, with swept eaves and ribbed red brick chimneys; the main part has stone bandcourse and plinth. Simple Arts and Crafts style with Jacobethan influence to entrance.
Asymmetrical north (entrance) front, stepped outwards and upwards from left to right, progressing from the plain 1½-storey, 3-gabled, wing to left, through the 3-bay central block with projecting 2-storey porch, to the 2-window projecting end gable of the right hand cross wing, distinctive for its broad ground floor bow. Small-pane glazing, mostly 2 and 3-light mullion and transom type; 4-light to porch and with two transoms to stairwell; gabled dormers to centre. The pilastered porch has ball finial, deep kneelers and strapwork around armorial crest with ‘Vivant Dum Virent’ motto; 4-centred arch doorway with foliated spandrels. Modern extension immediately to left. Similar detail to sides and 3 3 bay gabled rear, including splayed bays to the left (rear elevation not seen at resurvey).

The interior was not available at resurvey. The following description is from the 1992 listing inspection. Lobby has good Tudor plasterwork with national emblems. Inner hall has triple-arched screen in heavily enriched Jacobean manner with faceted keyblocked arches and strapwork spandrels; it is carried on the similar newels of the well staircase which has turned balusters and panelled dado. The stairs are lit by a bronze-framed window with Art Nouveau butterfly latches. To the south is the wainscotted dining room which has a chimney-piece in similar manner to the hall screen and an unusually ribbed ceiling with fleur-de-lys; grand brass door furnishings. Lounge to west has a further Jacobean style chimney-piece; beyond this is the drawing room which has classical style plaster overmantels to either end. The Tudor style Oak Room to front (now partitioned) has linenfold-panelled doors, eclectically carved ceiling beams and a 4-centred arch into the broad bow. The first floor retains a good marble bathroom and some original chimney-pieces.

Listed for its special interest as an early C20 country house on the edge of Cardiff with well-preserved interiors.