A Grade I Listed Building in Tongwynlais, Cardiff 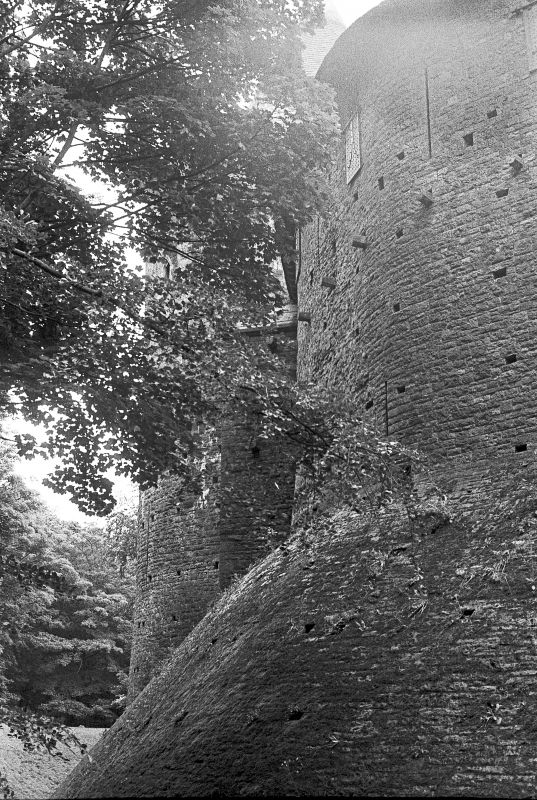 The stone "talus" at the bottom of the wall encases the Norman motte. Although much of the superstructure of the castle is Victorian fantasy (and none the worse for that) the reconstruction was generally based on the then existing ruined walls.