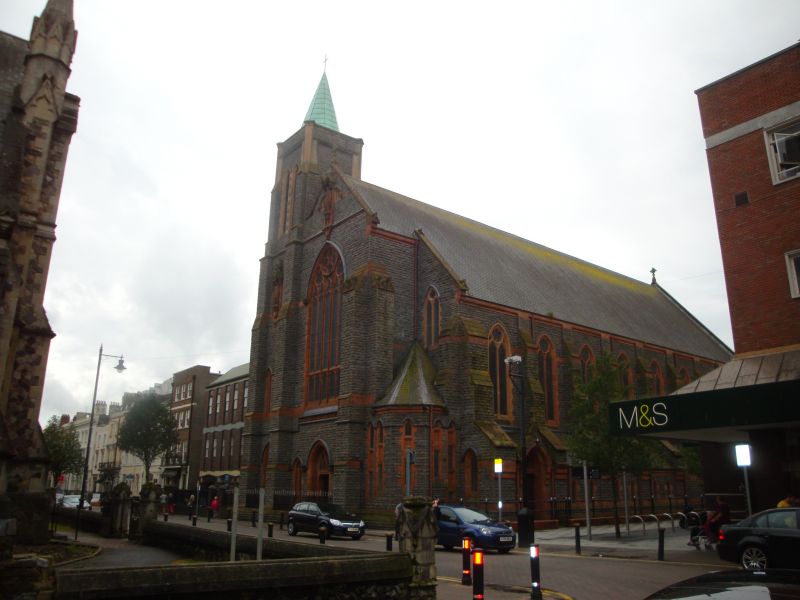 Spidery arch-braced and hammer-beam roof of timber and steel has tall wall posts on stone corbels. Front entrance to lobby with baptistery to S, stair to N; above lobby, stone gallery with 3 segmental arches to nave; arcaded parapet, organ chamber to S. In aisleless nave of 7 bays, square piers form superarches over clerestorey windows; side chapels and confessionals . Tall sanctuary arch, diapered reredos below round window with honeycomb tracery, marble floor to sanctuary. Late C19 stained glass in every other side window: W window has Visions of the Immaculate Conception witnessed by popes.