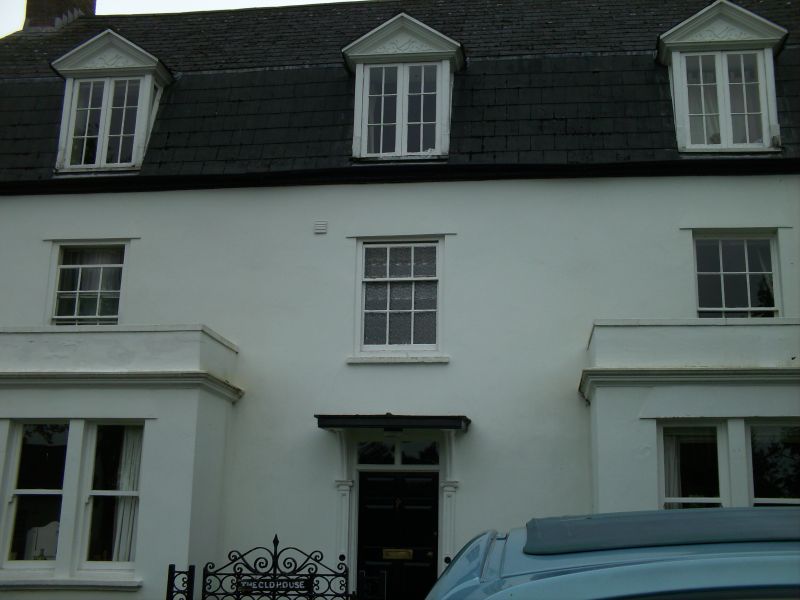 Location: On the south-west side of The Cathedral Green and part of the important group of buildings surrounding it.

Late C18 exterior to a possibly much earlier core (see Exterior) with alterations in the mid C19 and extensions in the late C20. John Speed indicates a building on part of the site in 1610. The curiously divided upper sashes are shown in Victorian photographs. The front wall and handsome gatepiers have been removed since 1920.

The building is rendered, presumably over local rubblestone, and has a mansard Welsh slate roof. Double fronted central entrance house with two storeys and attic, three bays. On ground floor a central doorway with panelled pilasters, flat hood on arched brackets, six fielded panelled door, rectangular fanlight. To either side a 3-light square bay window with stuccoed cornice and parapet; sash windows with horns and without glazing bars. These bays are mid C19 additions and have additional lights in the outside return. Sash windows on the first floor, with 6 over 6 panes, 3 over 6 and 6 over 3 from the left. Three pedimented dormers with 6 6 casement windows, gable stacks.
The left return elevation has two windows on each floor with 6 over 6 sashes. An additional gabled range behind, then a three storey wing, then double gabled late C20 extensions, these have contemporary joinery.
Newman reports a C16 south doorway with 4-centred head and a 2-light window over, but these were not seen at resurvey (April 2002).