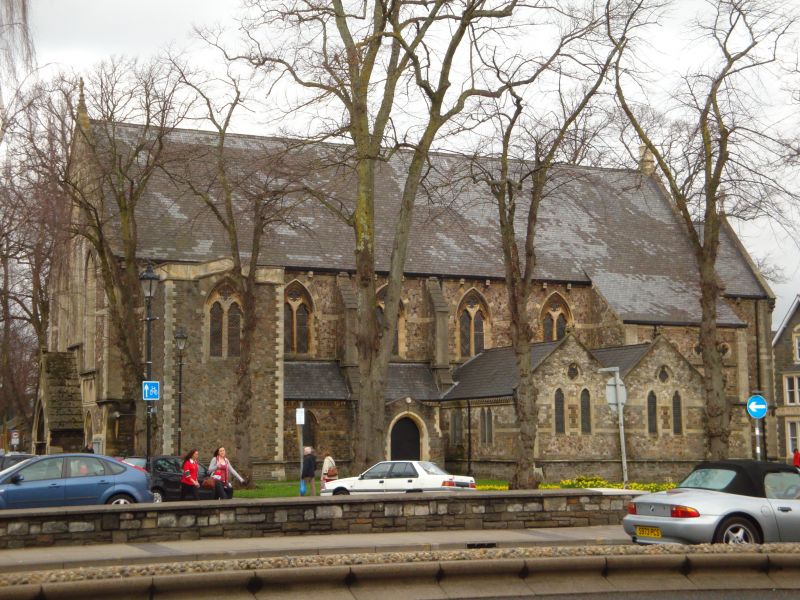 Location: In centre of crescent which is between St Andrew's Place and Dumfries Lane (Stuttgarter Strasse).

Consecrated 1863 as St Andrew's Church. Re-consecrated as Eglwys Dewi Sant after the former Welsh church in Howard Gardens was destroyed during Second World War. Architects, John Pritchard and J P Seddon. Pritchard & Seddon's original design of 1859 was for elaborate cruciform-plan church with crossing tower and spire but was drastically curtailed, and the church completed more simply. Roof and chancel completed by Alexander Roos, architect to Bute Estate. Side Chapels 1884-86 to design of W Butterfield. The interior of the church has been re-planned with a partition across the nave, the 2 westernmost bays have been converted into a hall with meeting room above.