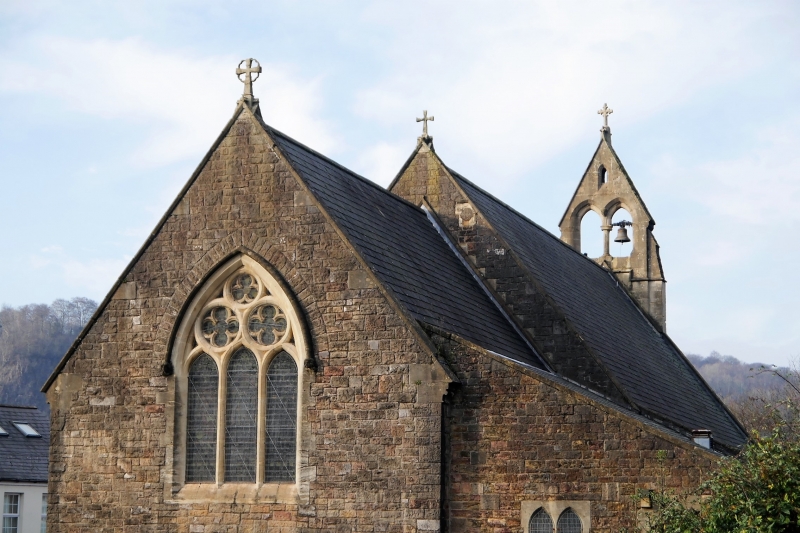 Location: In the middle of the village, side on to the main road, set in a small walled churchyard slightly above the road.

Opened February 1877, architect John Prichard of Cardiff. Screen erected by Sir Herbert Cory in gratitude for the safe return of those who fought in the Great War. In mid C19 nearest church was in Whitchurch; from 1850 squire of Greenmeadow Henry Lewis fitted up his coach house as church and school and subsequently gave site and £100 for new building; Melingriffith works and Llandaff Church Extension Society also contributed; foundation stone laid 1875. Records specify roof was ' to be of Penmoyle tiles ..and chancel will be floored with tiles from works of Messrs Godwin of Lugwardine.' Church was Chapel of Ease to St Mary's Whitchurch until 1921. Road widening 1950 reduced width of churchyard.

Included as a small church by an important ecclesiastical architect in South Wales and in a prominent village position.