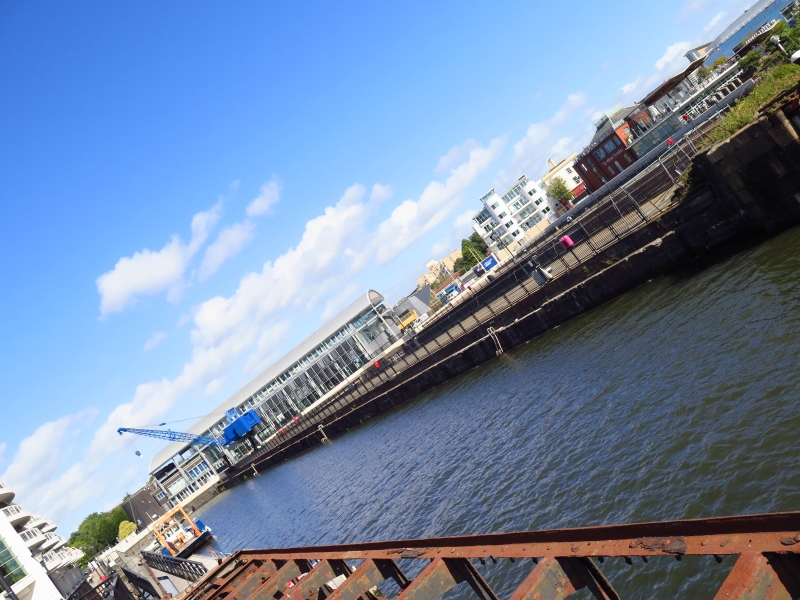 Location: Former Mountstuart Shiprepairing Yard on triangular site between Stuart Street and Dudley Street. Graving Dock No 3 is the westernmost of the group of 3 dry docks in the yard.

Dry dock approximately 160m long by 25m wide. Sea walls of dock in massive blocks of grey-brown stone with granite copings, some coping stones with squat cast iron bollards; rebates for gates, passages for machinery. Stepped walls of dock in concrete. Double set of sea gates. Outer gates hollow metal with railed wooden walkway over; gates open outwards into rebates in sea wall, and are operated by hydraulic rams. Lower inner gates opened inwards by hydraulic rams set into passages behind rebates. The outer end of the dock is stepped up from the dock proper, and has concrete floor with pits for hydraulic mechanisms covered by metal plating. Each side of entrance has large powered capstan, and bollard circa 60m high. Parallel to SW side of dock, approx 6 metres from dockside is row of bollards and manual capstans. Bollards and capstans also to NE between Docks No 3 and No 2. Both sides of dock have rails, (or seatings for rails) for travelling cranes or hoists. Steps down into dock (one set at sea end and two at NW end) with metal strings and wooden treads. Metal railings to dock sides.

Listed as part of a group of 3 dry docks important to history of port and shipping at Cardiff. Group value.