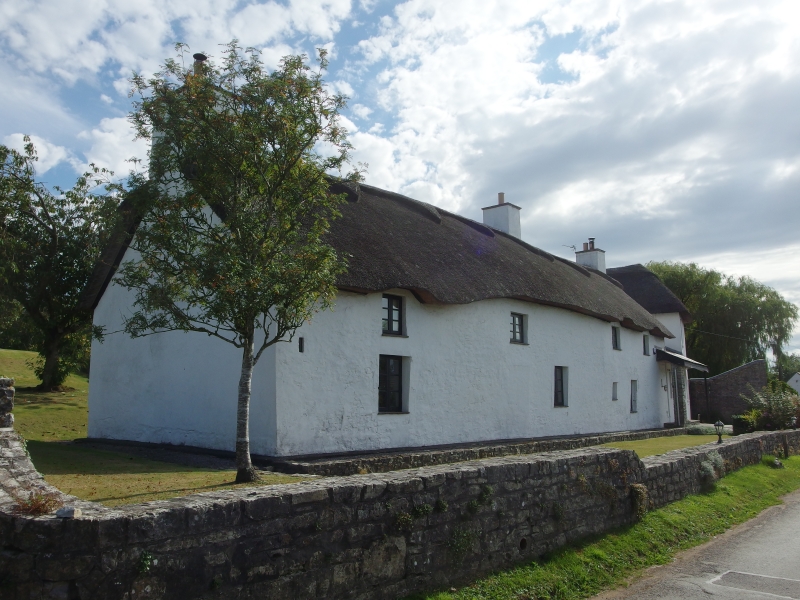 Location: Set on the E side of the Walterstone hamlet to the NE of Llancarfan village, NE of Trewallter Fawr.

Substantial farmhouse of C16 date possibly two units which were incorporated into one by a central linking cell, in the C18(?).

Three cell plan to ground floor. The SW and NE cell appears to date from the later C16. The SW cell has a large open fire with replaced timber bressumer at S end, cross corner stair rising on the N side. This stair has a cross slab roof and polished limestone treads accessed via a low 4-centred timber doorway, with modern door. There are four exposed beams with hollow chamfers and hollow stop with fillet. At the N end is a plank and mountain screen with small inner room on N side. On S side of inner room is a stone 4-centred doorway. E of hall has three exposed beams with broad chamfers and broached stops. Large open fire at E end has cross corner stair on N side without outshut accessed via a 3-centred timber doorway with plain chamfer. First floor has longitudinal corridor running E to W on N side. Exposed principal afters to collar level, some with angled curved feet and plain chamfers. Other roof details not visible.