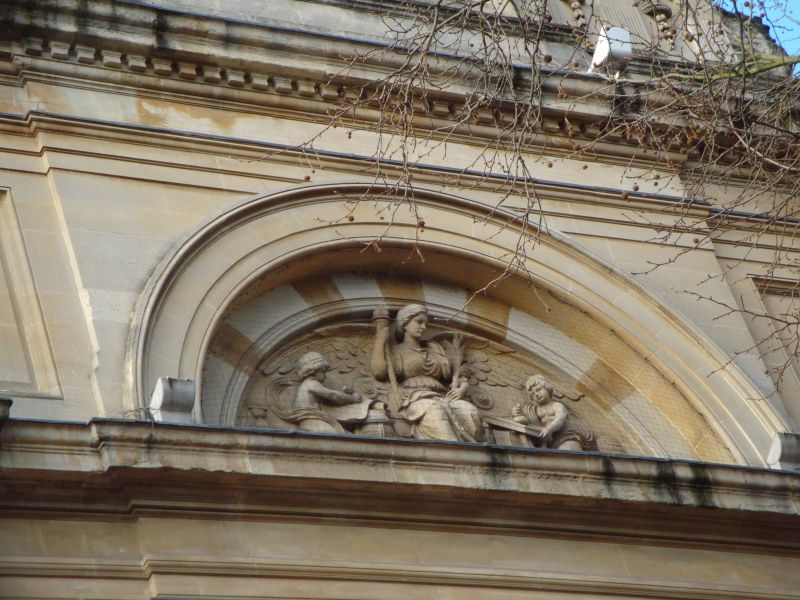 Constructed in two stages. Following competition of 1880, northern section designed as the Free Library, Museum and School of Arts building of 1880-2 by James, Seward and Thomas, architects of Cardiff; cost £9,180. Opened 31 May 1882. The larger south extension of 1894-6 designed by Edwin Seward (Seward and Thomas), architects of Cardiff, with Mr W Taylor, sculptor; cost £20,705. The contractors were E Turner & Sons (who went on to build virtually all the major buildings in Cardiff over the next 50 years). Opened 27 June 1896, by Prince of Wales. The Schools of Science and Arts tranferred to the university in 1890, and the museum contents transferred to the National Museum of Wales 1923. Building under conversion at time of inspection.