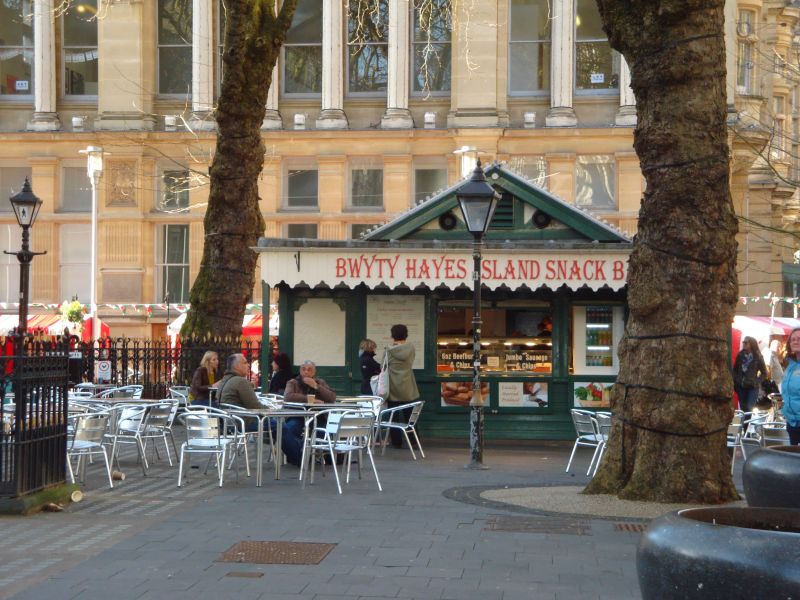 Probably built 1911 as depot for parcels service operated by Cardiff City Tramways between 11 August 1911 and 1942, becoming snack bar after cessation of service.