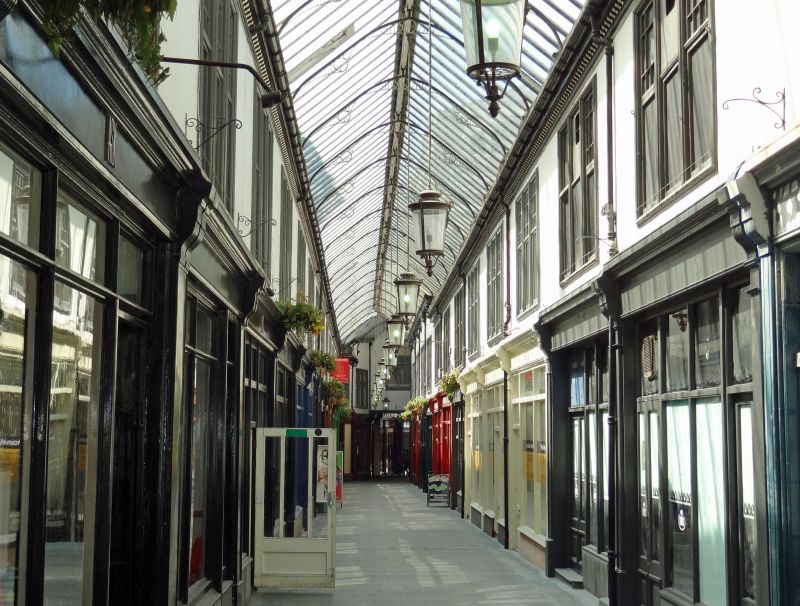 Location: Skewed main frontage to Mill Lane which formerly faced the Glamorganshire Canal; Wyndham Arcade runs through to emerge as a passage at the S side of No 54 St Mary Street.

A well-preserved feature of Victorian Cardiff; one of only 5 older examples remaining.