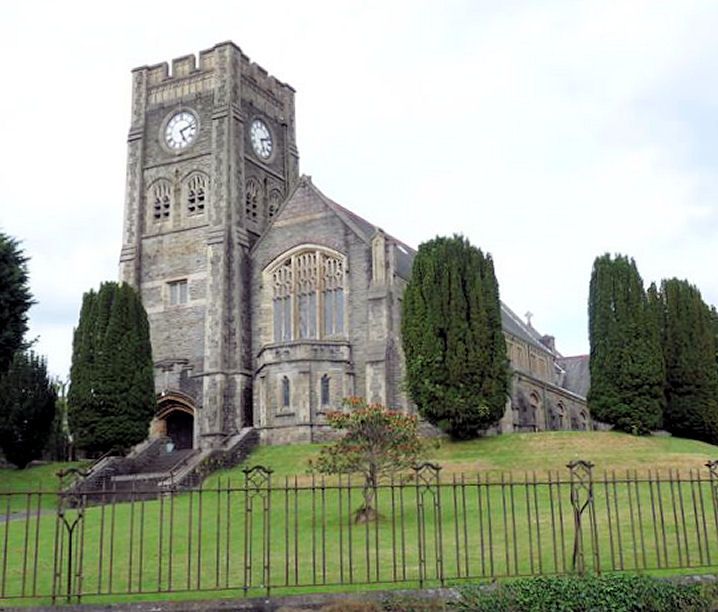 1911-15 Anglican parish church by W D Jenkins of Llandeilo, the tower completed as War Memorial 1924-6 by Charles Mercer of Swansea.

Tower is of four stages, the original design probably did not include a clock- stage between the belfry and parapet. W door deeply recessed with heavily moulded head and hoodmould with finial as on S door. Big clasping buttresses, stepped once and the vertical faces battered. Plain 2-light windows to second stage, ornate paired Perpendicular style 2-light bell-lights above, then big circular clock faces and finally ornate panelled battlements.

Churchyard is surrounded by iron railings between stone piers, erected 1924.

Included as a powerfully designed example of a full-scale late Gothic Revival church on a prominent site.