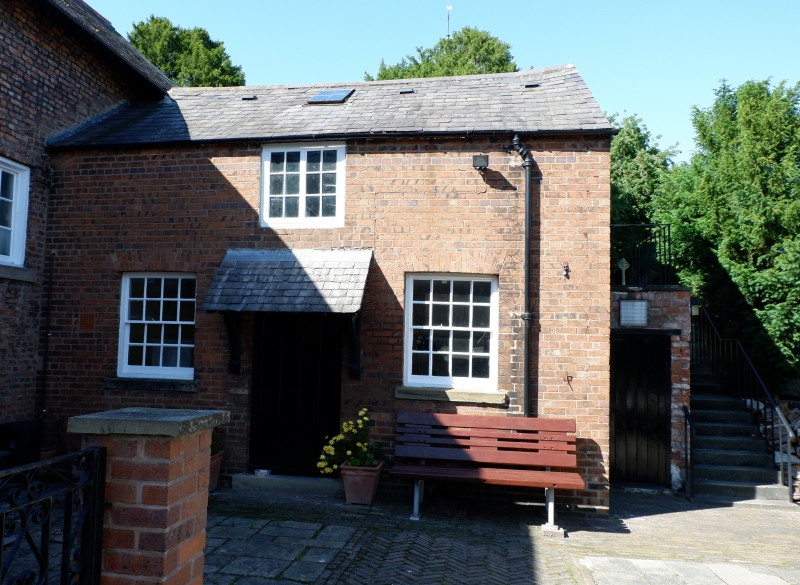 Location: On the street line, S of churchyard.

The Tithe Barn is first mentioned in 1663, and it is probable that this refers to the present building. In 1814 it was converted into a school for 90 boys and girls by Rector Neville at which time it was thatched. It was converted for use as a parish office in 1928.

Included for its important contribution to Hawarden's social and architectural history