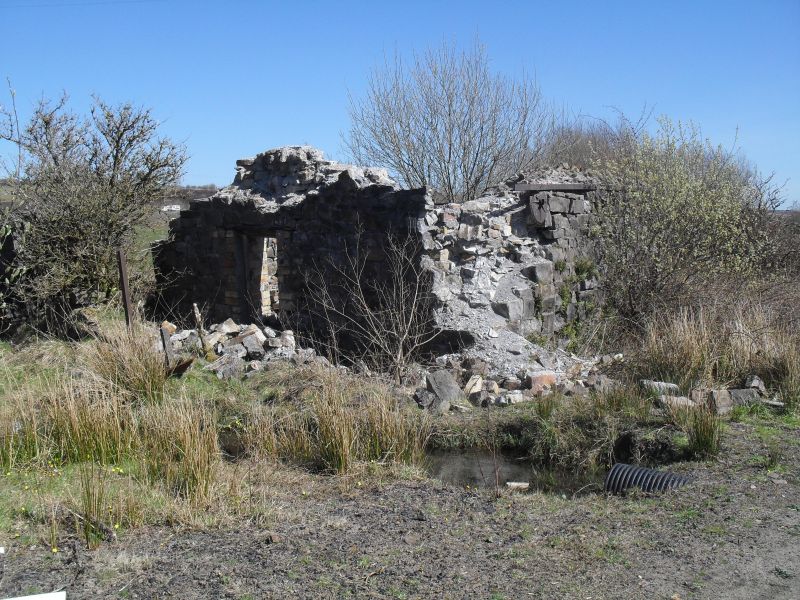 Location: Situated on the north side of Garn Road, to the north-west of Blaenavon.

Probably dates from the second half of the nineteenth century (pre 1880). Built to store explosives, presumably for nearby mining. A rare surviving example of its kind.

Built on a rectangular plan, one storey high, stone built in random rubble construction. The building is set within a stone curtain wall, which survives to its full 2.5m height at its north-east corner. A single opening stands opposite the doorway of the building. The doorway is in the centre of the north gable wall. It has brick jambs and an iron lintel. Three iron tie-bars are at eaves level on the side walls and these clasp a pair of iron, L-section girders. Of the pitched roof, only the timbers survive, with some slates lying nearby.

An inner brick wall runs parallel to the stone outer skin (with doorway in matching location). There is a central drainage channel in the floor. The ceiling is formed as a brick tunnel vault.

Listed for its special interest as a rare surviving example of this building type and for its associations with the local mining industry.