Church of Holy Trinity (Chapel of ease to St Michael and All Angels, Clyro) 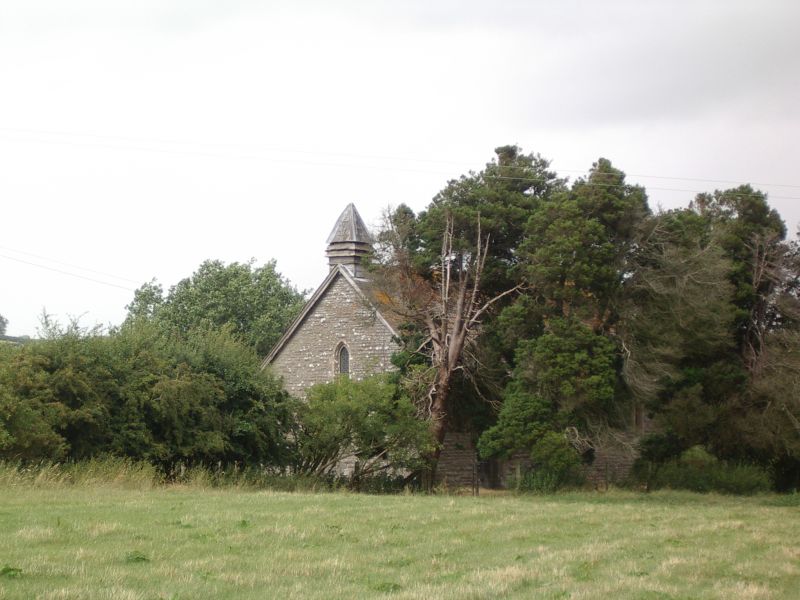 Entry Name: Church of Holy Trinity (Chapel of ease to St Michael and All Angels, Clyro)

Remarkable late C14/early C15 roof structure and remains of rood loft. The roof consists of two collar beam end trusses and three arch-braced trusses alternating with two arch-braced scissor trusses with extended king posts. Original purlins and common rafters survive in the chancel. In the chancel also, moulded wall plates and two carved figures holding shields at the feet of the central truss. The feet of the scissor truss at the junction between nave and chancel are jointed into moulded wall posts. A moulded tie beam runs between the posts; in pre-reformation times this was the head beam of a rood loft. The parapet front of the loft survives as a row of open arcade work with moulded tracery cut on the west face. There appears never to have been a fence screen below the beam. Circular font on renewed cylindrical base said to have come from StáMichaels, Clyro.