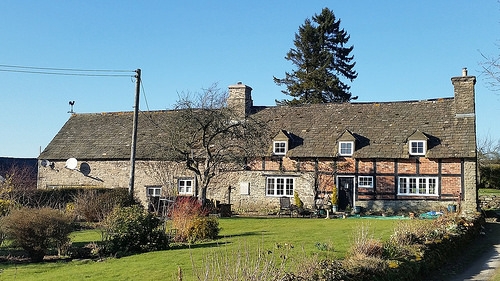 Location: 1.6 KM NE of Michaelchurch and close to N side of Brilley Mountain.

Included as a picturesque cottage range with substantial sub-medieval fabric.