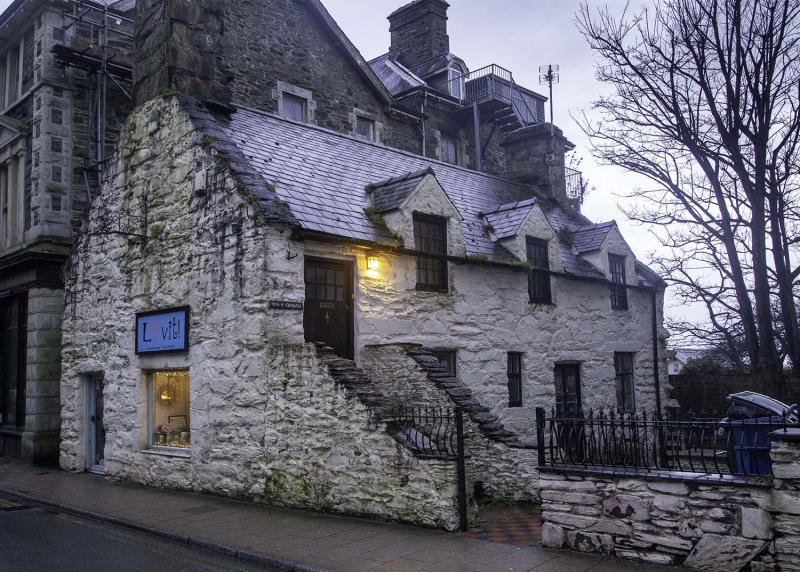 Location: On the street line and at right-angles with it.

A late C17 house, perhaps originally consisting of three independent domestic units, one above the other. Single storey plus attics andbasement; whitewashed rubble construction under a medium-pitched slateroof. Large stacks at gable ends with simple capping and weathercoursing, that facing the street the taller. Rubble gable parapets.

On the SE side, facing a narrow alley, a blocked entrance and 2 blocked windows with, above, a small original window opening under the eaves with crude projecting slate-stone trough at cill level; modern 6-pane casement. Modern recessed glazed door to street-facing gable with large plain-glazed window to R.

A good early example of a local vernacular domestic building and anotable contrast with the classical design of the neighbouring Morris& Co.

Group value with other listed items in the High Street.