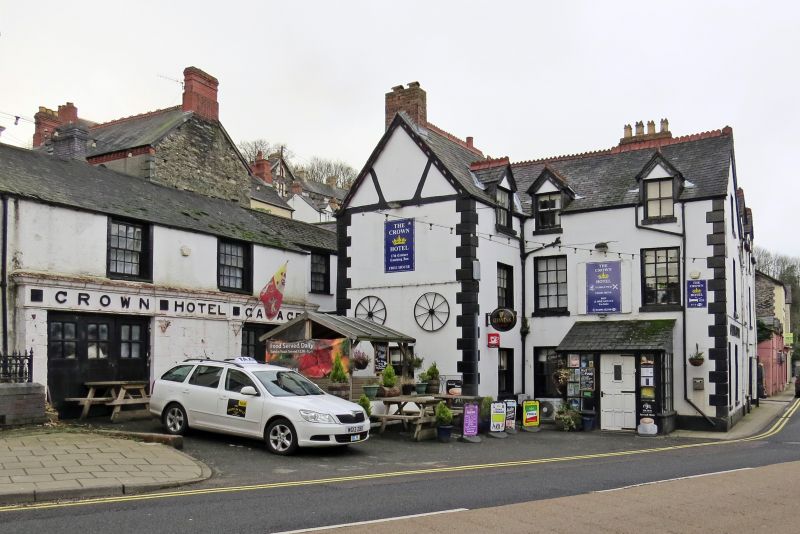 Location: Prominently sited to face E down the High Street.

The building appears to be largely early C19, and was possibly built as a hotel to serve the new turnpike road, but may incorporate an earlier structure: a gabled rear wing has a profile more typical of a C18 or earlier building.

A prominent feature of the townscape, the hotel is a good example of a C19 coaching inn, a building type of particular significance to Corwen, sited as it was on the London-Holyhead Turnpike. The early motor garage is a particularly notable feature.