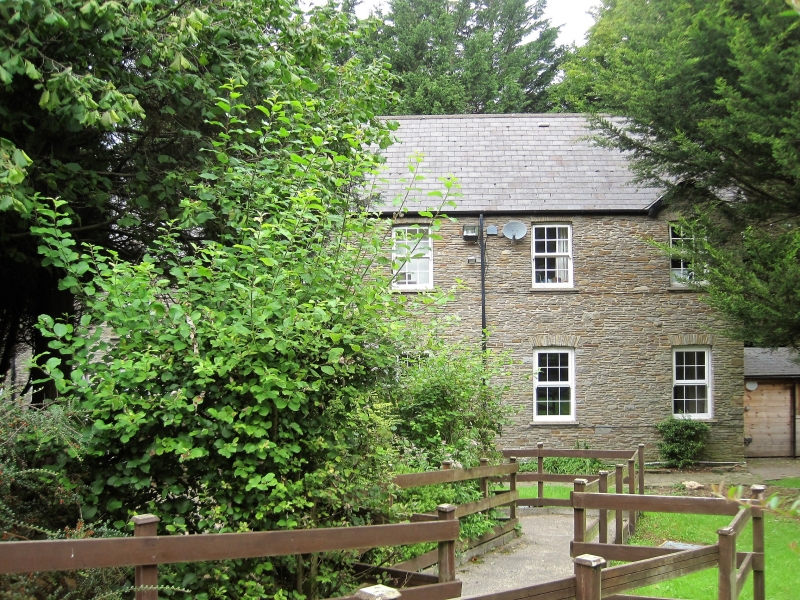 Location: At the NE community boundary in an area known as Five Locks, just W of the A470 and reached by a track leading down from Goitre Coed Road between Abercynon and Quakers Yard.

Probably built c 1795 as a lock-keeper's house for the Glamorganshire Canal. The canal was built to improve communication between the inland ironworks and ports on the Bristol Channel, linking Merthyr Tydfil with Cardiff. Engineered by Thomas Dadford, with principal promoters Richard Crawshay and Francis Homfrey, ironmasters. Act of 1790 authorised the building and canal opened 1794, a length of 25.5 miles (41 km), with 51 locks. When listed in 1995 the house already had a ''modern tiled'' roof, now replaced with artificial slate, ''modern casement glazing'' and a ''modern lean-to porch'', no longer extant.

Ground floor of cottage converted to a single room. Stairs rise beside fireplace. Central doorway is blocked behind door.

Listed notwithstanding modernisation for its historic interest as a surviving lock house associated with former Glamorganshire Canal.