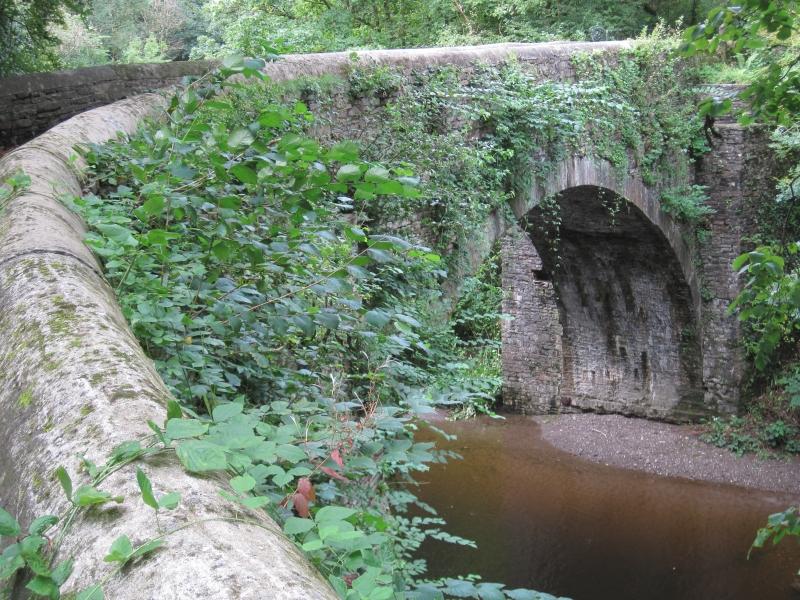 Location: Crossing the Afon Taf some 200m NE of the railway viaduct at Quakers Yard.

Tramroad bridge over the River Taff built after 1815 for the Penydarren tramroad to replace a wooden bridge which collapsed 15/2/1815 when a train was passing over. The arch of 19.2m span rising 8.4m above the river is among the largest early railway bridges in the world. In poor condition 2002. Said to incorporate abutments of former bridge, but another abutment survives adjoining.