A Grade I Listed Building in Y Ferwig, Ceredigion 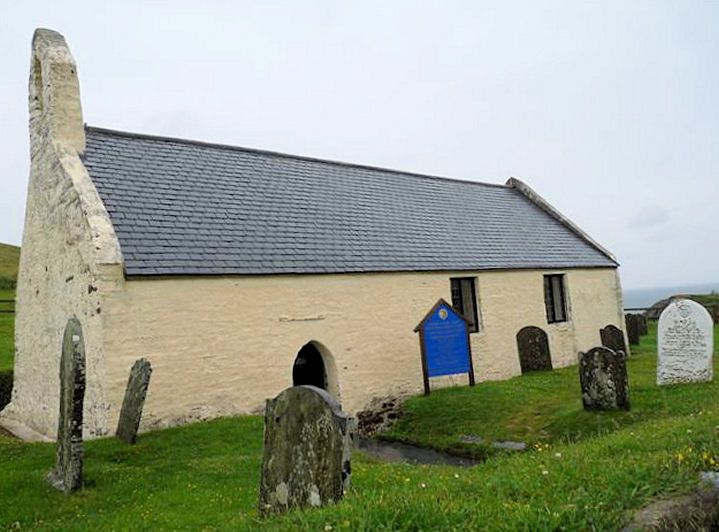 Location: Situated above and some 125m NW of Mwnt beach under Foel y Mwnt.

Probably C13 in origin. Restored in 1853 when the nave was raised to create a chancel division and a two-decker pulpit and sounding-board were inserted (since removed). After storm damage in 1917, G.T.Bassett of Aberystwyth repaired the building and either then, or in a 1952 restoration by A.D.R.Caroe, the roof was lowered.

A roof stair in the N wasll was opened up in 1917 when sections of a carved rood beam were found. 1912 photograph in Church shows raised nave roof and two Georgian Gothic windows on S side which seem to be in different positions to current windows.

Included as a fine example, in an outstanding location, of a C13 Church with a complete and unusual medieval roof.